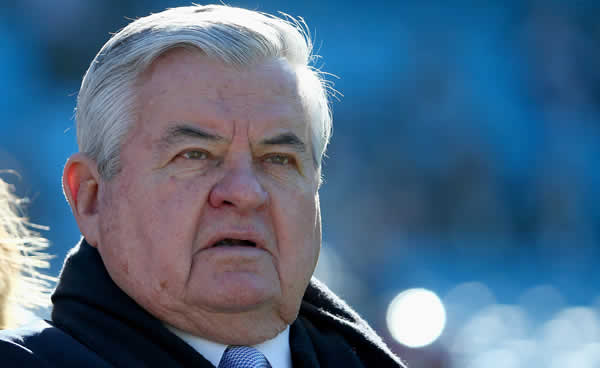 Recently the National Football League (NFL) brought us some epic battles for playoff positions and a bombshell from Carolina Panthers Franchise Owner Jerry Richardson. Just 2 days after the Panthers said they would investigate owner Jerry Richardson he released a statement saying that he is going to sell the Carolina Panthers after the 2017 season. Richardson is the only principal owner in franchise history and has recently been accused of “workplace misconduct”.

The last few months have been crazy, Harvey Weinstein, Matt Lauer, Kevin Spacey, Al Franklin, along with many others being accused of sexual harassment and workplace misconduct. Though allegations have been floating around about NFL players for years, it hasn’t seemed to affect any franchise owners until now. There are non-disclosure requirements forbidding parties from discussing the alleged assault but at least 4 past employees have received monetary settlements because of Richardson conduct and workplace behavior and there was one occasion where he directed a racial slur to an African American player scout. It is unclear if the situation surrounding the Panthers will affect the NFL betting lines. It is unlikely that betting action will be affected unless the changes impact the team’s performance dramatically.

This past weekend, the Carolina Panthers announced that they have hired 2 lawyers to investigate accusations against their owner. Then the NFL said they would take over the investigation just hours before Richardson issued his statement with intent to sell. In his statement released to the team, Richardson said that he is truly grateful to all the fans and that football has been his life for over the past 20 years and that he will always be the Panthers #1 fan. He also stated that he will not entertain any franchise offers until the post-season is over and that everyone in the franchise should only be focused on one thing, to win the Super bowl.

Richardson is the only current owner to have played in the NFL and has been the majority owner since its conception in 1993. Several of his employees past and present came to his defense and said they have never seen anything out of line come from Richardson. Cam Newton said Richardson has been like a father figure to him and he hopes that the allegations are untrue and won’t affect his thinking of him. Cam went on to say that Richardson has given him some things that he will forever be appreciative of.

The sale of the Panthers will be the first NFL franchise sell since 2014 when the Buffalo Bills sold for $1.4 Billion after their founding owner died. The Panthers are expected to sell for more as they have made the playoffs this year, own their own stadium and resides in the large and growing market of Charlette, NC. According to Forbes, the Carolina Panthers estimated worth is $2.3 Billion.

Its not easy to own an NFL franchise and even if you have the money that doesn’t mean you can own a team. Here are a few of the NFL stipulations for owning a team.

A few years ago, the NFL modified their personal conduct policy to include all personnel and not just players, after multiple key players ended up being charged with domestic violence. This year the NFL has already seen its fair share of allegations and misconduct among players so even though Richardson selling the team is shocking amidst scandal its not a huge surprise.

The internet blew up with rumors of who all wants to purchase the Panthers after Richardson’s statement was released. Sean “Puff Daddy” Combs instantly tweeted that he was interested in buying the team, then in a later tweet he said he would hire Colin Kaepernick as the starting quarterback. Hard to say if he is joking or not but here is a list of potential new owners.

Richardson purchased the Carolina Panthers as an expansion team in 1993 for $206 million. Now at the age of 81 and with a franchise with a net worth of $2.3 billion this might be his biggest business deal to date.