What a difference a weekend makes.

After dropping their first two games at home against the Washington Nationals to start the 2019 World Series, the Houston Astros have come roaring back to win all three games in D.C. and take a 3-2 series lead.

On Friday, the Astros beat the Nats 4-1. Then, on Saturday, Houston trounced Washington 8-1. On Sunday, they put a bow on their road trip, winning 7-1.

In fact, since losing Games 1 and 2 of the World Series, the Astros haven’t trailed in a single inning against the suddenly outclassed Nationals, and Houston’s odds to win the World Series have jumped from +220 to -850.

Meanwhile, going into Game 3, the Nats had championship futures of -275, which have been blown wide open to +550.

That makes sense, given that the World Series is returning to Houston for the final two games (if necessary), and it seems unlikely that the road team will win every single game. That’s never happened before, after all, and that’s precisely what it would take for the Nationals to win the 2019 crown.

As expected, after dominating the Nats in three straight, the Astros are favored by baseball betting sites to close out the 2019 World Series in Game 6 on Tuesday night (8:07 pm, FOX).

And with future Hall of Famer Justin Verlander (1-3, 4.15 ERA) on the mound with a chip on his shoulder – he’s 0-5 in the World Series throughout his career – Houston has a solid chance.

(In his Game 2 start, Verlander became the all-time MLB leader in postseason strikeouts, and a World Series-clinching win would be a signature achievement for the 8-time All-Star and Cy Young winner.)

Meanwhile, Washington is starting ace Stephen Strasburg (4-0, 1.93 ERA), which means – on paper – that the Series should go seven unless Verlander pitches the game of his life or Strasburg melts down uncharacteristically.

If you want to bet on the 2019 World Series and didn’t pick the Astros after they went down 0-2, you might be kicking yourself right about now. However, the Nats’ series price is even better than the Astros’ was after Game 2, and the pitching matchup definitely favors D.C. Tuesday night. As such, most Game 6 lines should be attractive for Washington fans.

Further, you can find lots of proposition bets on Game 6 to have fun with and score a few extra bucks, with Bovada carrying almost two dozen props right now (with more to be added as game time approaches).

Will there be a run scored in the 1st inning?

Team to score first in the game 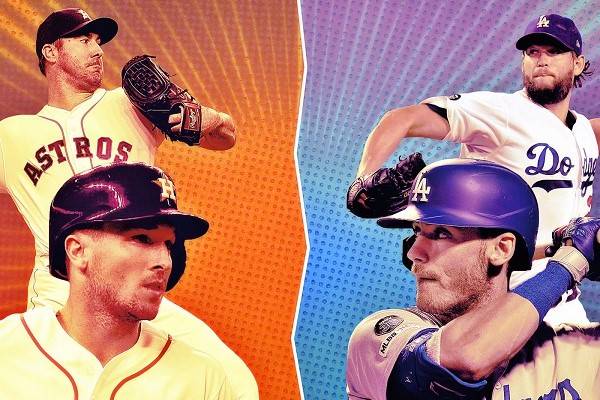