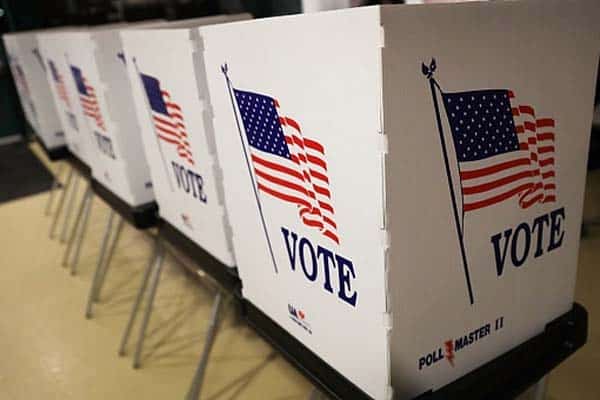 Super Tuesday is upon us, and the constituents from 14 states are up for grabs in tomorrow’s political showdown. Come Wednesday morning, the democratic nomination picture will become much clearer, with candidates likely dropping out of the race and narrowing the field down to two or three.

If betting on politics is your game, then you’ll need to do a little research to figure out which candidate you’ll want to wager on. The favorite in each state is either Vermont Senator Bernie Sanders or former Vice President Joe Biden. If these odds play out as predicted, then Biden and Bernie will be battling out through the summer while the rest of the field will struggle to remain relevant.

As expected, Bernie Sanders is the frontrunner in all the states located inside of the northern and western United States. The odds are that Bernie is a lock to win California, Colorado, Maine, Minnesota, Utah, Vermont, and Wisconsin.

Biden is popular in the south and is the heavy favorite in states that fall under the Mason-Dixon line. Alabama, Arkansas, North Carolina, Oklahoma, Tennessee, and Virginia have Joe Biden as a favorite by a wide margin.

The outlier state for Biden is Texas, which is full of hard-working, blue-collar types that tend to fall in line with the other states that tout Biden as a favorite. The odds suggest that the margin for victory in Texas is very slim with Biden drawing even.

That marks six states for Biden and eight states for Sanders. Can Biden win Texas and keep pace with Bernie for as they prepare to head toward the back-9 of the democratic primary?

So, where does that leave Elizabeth Warren and Michael Bloomberg after Super Tuesday’s voting results have come in? The best sportsbooks have posted odds indicating that their campaigns are in dire straits.

Elizabeth Warren is facing 5-digit odds across the board on Super Tuesday and projects to finish no better than third in any race. Perhaps Warren’s campaign could continue beyond Tuesday, but with the odds indicating that her race is over, fundraising will likely dry up along with her hopes of becoming the democratic nominee for president.

The only reason that Michael Bloomberg would remain in the race beyond Wednesday would be to try and cause further chaos. He has spent nearly half a billion dollars on his campaign so far, and Politico is suggesting that Bloomberg is aiming for a brokered convention.

Could he be angling to re-introduce Hillary to the presidential race? Oddsmakers have placed +3000 odds on Hillary becoming the democratic presidential nominee, so perhaps there is some truth to Bloomberg’s rumored ambitions.  Bettors will need to keep up with the latest in sportsbook developments to gain an edge this political betting season.