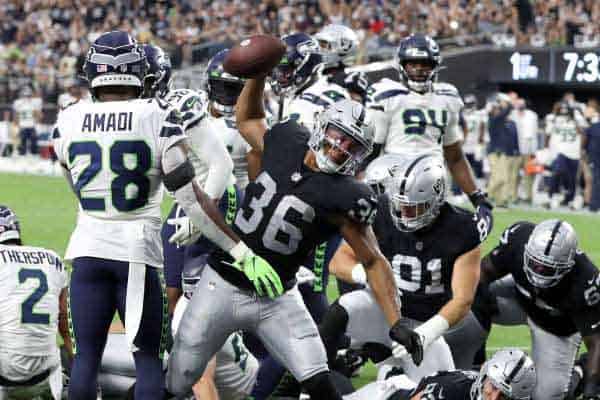 In shocking news to many fans, the Las Vegas Raiders announced that all home game attendees will be required to get and/or show proof of a COVID-19 vaccination. The move is an effort to get Nevada residents vaccinated.

The Masks Finally Come Off

However, the requirement also serves as a measure of transition towards maskless sporting events. While the vaccination mandate has received mixed feedback from sports fans, team officials have included provisions for those who are not yet vaccinated.

These rules will go into effect during the first week of the NFL season, giving unvaccinated fans about a month to deliberate if the shot is worth it for them.

Vaccination Across the NFL

There were several baby steps towards vaccine mandates in the Raiders’ stadium before this announcement. All eligible employees were already required to get the jab to move forward with their employment.

Although the Raiders are the first NFL team to enact such strict rules, they are not expected to be the last. NFL spokesman Brian McCarthy spoke with NPR on the matter.

Because the NFL is leaving COVID restrictions up to the individual teams and local officials, we are sure to see similar rules roll out across the nation.

However, this information comes at a time in which many teams are struggling to get players vaccinated. The Falcons just became the first team to accomplish 100% vaccination across players. In other states, most players remain without a shot.

In response to the lack of vaccinations, the NFL announced that players who opted not to get vaccinated would face varying consequences. As bad as this news is for some athletes, it stands to alter the run of the season for bettors.

What About the Wagers?

Because of this, football bettors must do their due diligence and research before placing any type of wager. While many of us have reliable teams or players we align our bets with, it won’t be enough for the upcoming season.

This means pulling injury reports, COVID reports, and just staying in the NFL loop. If you’re stuck at home because you can’t attend a Raiders’ game, that just means you have more time to ensure a strong bet.

Here at USA Sportsbook Sites, we have tons of resources from sportsbook reviews to legal guides to help you place the right bet at the right place.