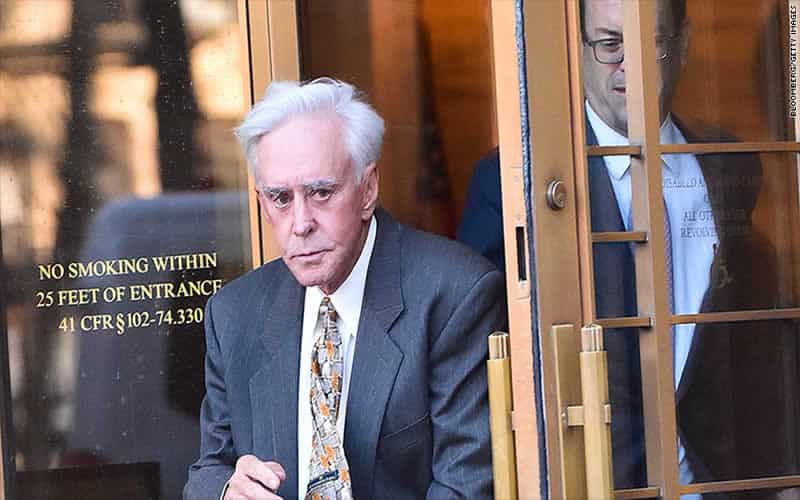 In case you don’t know, the world’s most prolific sports gambler has recently been arrested and sentenced to five years in prison on 10 counts of conspiracy and fraud. This all came about after he was caught in an insider trading scheme that he was running with former Chairman of Dean Foods, Tom Davis that netted him over $40 million dollars in fraudulent income.

The judge in the case was U.S. District Judge P. Kevin Castel who, apparently was not a big fan of Walters. “Billy Walters is a cheater and a criminal, and not a very clever one… The crime was amateurishly simple.” said the judge. He continued to remark on the apparent ego of Walters talking about Walters was apparently only worried about appearing like a Las Vegas winner to the people around him and that he used money as his indicator of self-worth and social value.

Despite what the judge thought of him personally in the case, there were over 100 letters from supporters, family, and friends that were written seeking a lesser penalty for Walters. These letters included people like tennis celebrity, Andre Agassi, former professional golfers like Peter Jacobsen and Jim Colbert and even an ex-Majority Leader in the Senate, Harry Reid. In the face of these cries of leniency, Walter’s attorneys suggested a minimizes jail term of 1 year. A request that the prosecutors argued would send a message to the public that rich people can pay their way out of strict punishment to their crimes.

Ex-Majority Leader, Harry Reid wrote in his letter about Walters’ generosity. He talked about how Walters started a Las Vegas non-profit organization for people with intellectual disabilities called Opportunity Village. Walters’ wife wrote about how he would never turn down a charity that came into town and how he paid for private citizens medical care, funerals, school cloths for children and even how he paid for educations in various needy families. He has also been noted by other news agencies to have paid for medical school costs, buying cars for underprivileged students, and funding a vacation for one of his employees whose wife was terminally ill.

The judge, who didn’t seem to like Walters from the start, credited him for the gifts he gave out and commented that it speaks to his character in a positive way. He also continued to note that the “large and splashy displays of philanthropy” were likely funded by his crimes.

Walters’ defense attorneys then moved to making a bid for a lesser sentence based on the health of Walters. The bid for leniency that was mocked openly by the prosecutors as they cited his 77 visits to a San Diego golf club since 2014 that included three in the two weeks prior to the case.

Walters was fined 10 million dollars and is required to report to prison in the early parts of October. At least his jail time will give him ample opportunity to brush up on his betting skills, though I wouldn’t be surprised if numerous premium sportsbook sites that are US friendly refused Walters as a customer.

Read previous headlines for insight into the history of the case, including about Phil Mickelson paying Bill Walters nearly $2 million for a gambling debt he owed and about Billy Walters’ initial arrest.