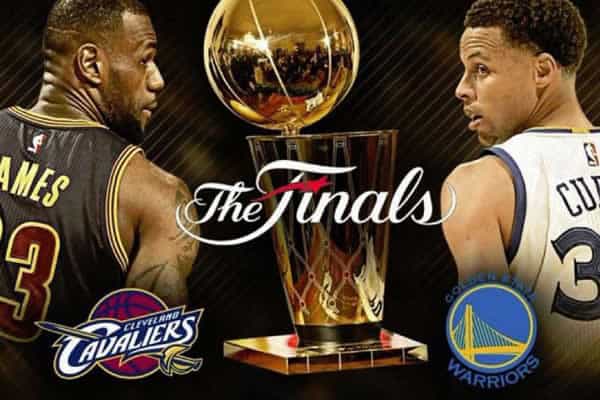 It is the Finals matchup everyone expected and no one wanted—the Cleveland Cavaliers are set to take on the Golden State Warriors for a fourth straight year. Only this time, both teams are at a weak point. However, Golden State’s weak point is miles ahead of Cleveland’s. The Warriors are heavily favored and it seems only a fool would bet on the Cavs to win. Cleveland does have LeBron James, which gives them a fighting chance, but will LeBron be able to muster the strength to carry his team through yet another series?

Tristan Thompson is underperforming as usual. The star center (or at least he is paid like a star player) has gone through some personal issues that could be limiting his performance. He has had a couple strong games throughout the playoffs and has shown up when it mattered most. This is an example of a time when it matters most. The Cavaliers need Thompson to not only show up but be a force under the rim and help guard Golden State’s elite scorers.

Another Cavs flake this year has been JR Smith. The veteran shooter is one of the team’s highest-paid players but has nowhere near justified his pay level. When on point, Smith is a strong 3-point shooter and help spreads the floor for the Cavs. He has a hard time keeping up with the younger opposition and isn’t able to play a full game in most cases. JR needs to improve his shooting consistency if he is to help the Cavs in this basketball endeavor.

It isn’t all bad news for the Cavs. Kyle Korver has proved a solid addition and gives solid defense while also providing another three-point shooting option. Korver is a known shooter and has helped spread the floor on all of his former teams. His play in the postseason has been muted at times but he has helped give the Cavs another scoring option.

Jeff Green is another veteran addition that has helped out. His eight rebounds and nineteen points in Game 7 helped the Cavs clinch another Eastern Conference Championship. Green is an older player that has disappeared at times but provides scoring potential and good defense when he is on point.

The young combo of Larry Nance Jr. and Jordan Clarkson help give the Cavs some energy, but the play seems more productive when Clarkson is on the court over Nance Jr. These two help relieve LeBron and the other starters. They can’t be relied upon to win games or effectively guard players like Kevin Durant, Klay Thompson, and Steph Curry.

The Cavs need consistency from all players in order to have a chance of winning. LeBron James is having one hell of a season and is the reason why Cleveland is still in contention. However, the Golden State Warriors are a well-oiled machine with a lot of scoring options. The Cavs need to step up their defense and put some more scoring effort up. Oddsmakers have the Cavs losing, possibly even getting swept, so if the Cavs won it will be one of the greatest upsets in recent history. Since Clevland is predicted to lose and Golden State has a big advantage, it would be smart to place a bet on the Cavs. USA residents can place legal bets with offshore USA sportsbooks that offer odds and betting lines for the NBA Finals.