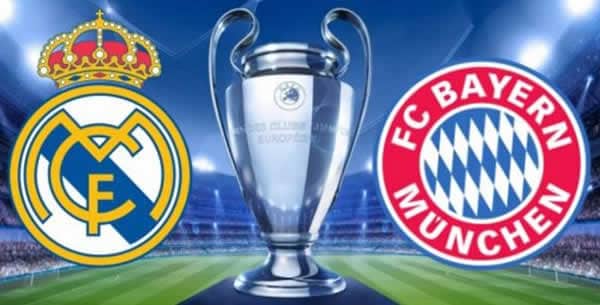 The rivalry between Bayern Munich and Real Madrid is a classic one. These two teams have dominated their respective leagues for years. The Bundesliga is a little more lopsided than La Liga with Barcelona shifting trophy seasons with Madrid, but both teams are still regular fixtures in the UEFA Champions League. This year’s semifinal sees the two battle it out yet again for a spot in the final. This match is always an exciting one for fans who are betting on soccer, as things can go either way in a matter of seconds.

Bayern Munich have been unlucky in recent years when it comes to the Champions League. They lost to Madrid in last year’s quarterfinal matchup in disappointing fashion. Controversy between a red card and potentially offside goals soured the campaign for the German side, so this year presents an opportunity for them to redeem themselves. One player in particular will be leaving it all on the pitch—James Rodriguez.

James played for Madrid last season. The promising Colombian player didn’t get much playing time with the talent-laden squad, so the manager decided to loan him out to Bayern Munich. It is odd that he would loan him to a direct rival, but James doesn’t seem to mind since has more playing time and is showing what he can do. Today’s match gives him an opportunity to prove his doubters wrong and perhaps turn his loan into a permanent option.

Another advantage for Bayern is they have both their main attackers healthy and ready to go. Thomas Muller and Robert Lewandowski are anticipated to be in the lineup and will be vital in Bayern’s win. Ribery, Thiago and Martinez shore up the midfield and will be busy trying to maintain possession. The defense will be without David Alaba and goalkeeper Manuel Neuer, however Bayern has a strong backline and backup keeper in Sven Ulreich.

Madrid’s focus is once again on Cristiano Ronaldo. The forward has enjoyed a wonderful campaign so far. He had a strong performance against Juventus in the quarterfinals, even though Madrid nearly lost in the second leg. Isco, Kroos and Casemiro will be pivotal midfield fixtures (Kroos playing against his former team) and the backline will have Sergio Ramos back in rotation. Madrid need to keep their foot on the gas pedal from the opening whistle and all players must remain focused throughout. Look out for their counterattack on the fly, as Madrid can move the ball quickly when they have the opportunity.

This being a home game bodes well for Bayern. The Allianz Arena is an electric atmosphere and a sea of red. Real must remain headstrong if they are to stave off the Bayern attack and travel back to Madrid with a chance of winning. This game will likely be a close one. Most USA sportsbook sites have Bayern winning by a goal and a half. Despite the odds, you can never count out Madrid with Ronaldo in the lineup. There are also a series of prop wagers available for the game, for those looking to up the ante. The game kicks off at 2:45 p.m. EST.