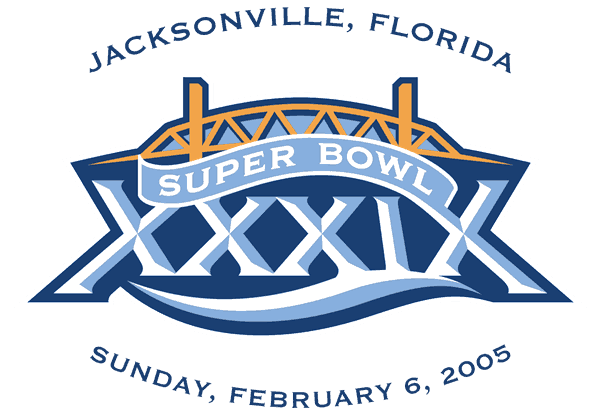 This is not the first time that the New England Patriots have faced the Philadelphia Eagles in the Super Bowl. Both teams squared off in the biggest game of the season in 2005 for Super Bowl 39. QB Tom Brady and coach Bill Belichick were on the heels of winning the previous year’s championship and QB Donovan McNabb and coach Andy Reid looked to finally have the pieces in place to win the Eagles’ first Super Bowl. The Pats were favored by 7 in the sportsbooks at the time. This year, most football betting sites have the Patriots winning at -4.5. SB39 ended 24-21 in favor of the Pats. What are the odds of this game having a similar outcome?

Donovan McNabb was the Eagles’ franchise QB. Drafted in 1999, McNabb grew exponentially and helped the Eagles become a Playoff team shortly after. In the 2004/2005 season, the Eagles went 13-3. Star WR Terrell Owens was injured in a previous game with the Dallas Cowboys, but the Eagles managed to beat both the Atlanta Falcons and Minnesota Vikings in the Playoffs with ease.

The Patriots also had a strong team that year and finished 14-2 in the regular season. RB Corey Dillion was a solid acquisition for the team and proved his worth time and time again. WR Deion Branch missed most of the season to injury but become available for the later part of the season into the Playoffs. They defeated Peyton Manning and the Indianapolis Colts 20-3 in the Divisional Round. In the AFC Championship, the Patriots played the Steelers and routed them 41-27.

Super Bowl 39 was a back and forth shootout. The Eagles scored in the second quarter through a L.J. Smith touchdown. David Givens answered back for the Patriots right before halftime to tie things up. New England opened up the second half scoring through a Mike Vrabel touchdown pass. McNabb converted to Westbrook for 10 yards to tie things up with 3:35 left in the quarter. The fourth quarter opened with a Pats touchdown thanks to a Corey Dillion rush. The Patriots extended their lead by a field goal with 8:40 left. Then, with 1:48 left in the game, Greg Lewis scored for Philly to make it a 3-point game. The Eagles attempted an onside kick but failed. They did get the ball back, but were unable to stop the clock in time to draw up a play.

This year is eerily similar to the 2005 Super Bowl on multiple fronts. The Eagles beat both the Atlanta Falcons and Minnesota Vikings. The Patriots acquired WR Brandin Cooks, who has proven a solid addition, while the Eagles picked up RBs LeGarrette Blount and Jay Ajayi. New England was playing to become the only team to win back-to-back Super Bowls and they stand to do so again this year, against the same team. This game is also expected to be a gritty back and forth showcase. All of these similarities goes to show how unpredictable the NFL can be, especially when it comes to the Playoffs.

Super Bowl betting analysts have New England favored again, but Philadelphia seems to be getting more of the betting action. The Eagles winning would be about the only thing that could disrupt this game being a carbon copy of SB39. It will be an amazing game nevertheless, and has implications for solidifying a lasting dynasty, or perhaps the start of a new one.