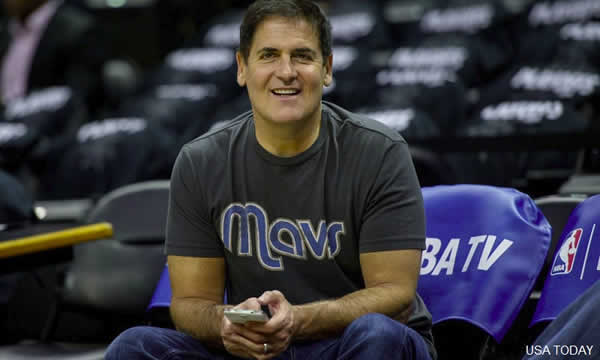 The Dallas Mavericks owner Mark Cuban just announced that his National Basketball Association (NBA) team will start accepting cryptocurrencies Bitcoin, Ethereum and CyberMiles tokens in the upcoming season. He also stated that they might start accepting other forms of crypto depending on relationships built with companies that offer a form of decentralized currency.

This news makes the Dallas Mavericks the 2nd professional basketball team to start accepting cryptocurrency and the first team to accept Ethereum and CyberMiles. The Sacramento Kings were the first NBA team to accept Bitcoin starting back in 2014.

Until recently cryptocurrency was largely used for online shopping, online casinos and sports betting sites. Not many sites will accept the new currency, but the best USA online sportsbooks and betting sites do.

For the Mavericks, the cryptocurrency will be accepted for game tickets and in the merchandise store. Cuban had already expressed his interest in the decentralized currency but his made further comments regarding the currency when he announced the team’s new logo patch and sponsor, 5Miles.

5Miles is a Dallas based company with a marketplace app that sells good and services and accepts CyberMiles Tokens. CyberMiles is a blockchain network that has its own tokens or currency. 5Miles founder and CEO reached out to Cuban last year and the deal has recently been finalized.

The Dallas Mavericks are one of the newer teams in the NBA coming in as an expansion team in 1980. Everyone knows Dallas teams are all about winning but the Mavericks have had a recent run of bad luck with some good teams. Led by the on the court star power forward Dirk Nowitzki the team has made the playoffs 5 out of the last 7 years. Even winning it all back in 2010.

Though the last few seasons have been rough, getting knocked out the playoffs and not even making it to the dance last year, the fans have always been supportive of the team and their owner. Cuban said at a press conference that the basketball team’s deal with 5Mile is probably the first ever jersey patch deal where the first exchange was a white paper on cryptocurrencies. He also noted that one of the things they want to take the lead on is introducing the blockchain to marketplace to create a safer and more secure environment for the fans and everyone associated. Cuban said that the inclusion of cryptocurrencies had a lot to do with the deal with 5Miles and that he has always tried to be two steps ahead.

The crypto announcement came just a few weeks after Sports Illustrated reported that the Mavericks have a “corrosive workplace culture” with “misogyny and predatory sexual behavior”. Cuban denied all allegations against him and stated that that type of environment is not acceptable and needs to be fixed.

Mark Cuban’s success came from the tech industry when he developed a company entitled MicroSolutions. He first moved to Dallas in 1982 and started working as a bartender before he found his calling in the tech industry. He said to get where he is today he had to get fired from several jobs first. He has also been quoted in the past as saying that he had nothing, so he had nothing to lose. Eventually he started his own computer software company, MicroSolutions, where he resold software provided system integration services. In 1990, he sold MicroSolutions for 6 million to a subsidiary of H&R Block. He later went on to find success on the hit TV show “Shark Tank” in which he has invested in 85 deals since the start of the show.

In 2000, he bought the Dallas Mavericks for $285 million from former owner Ross Perot. Since his entrance he has turned the dying franchise into one of the better teams across the league. The team first made the playoffs in 2006 and eventually won the tournament in 2011.

The future is bright for the Dallas Mavericks. They have a young entrepreneur owner and now with the acceptance of cryptocurrency they are setting the precedent for other NBA teams and professional sport teams to become open to a new form of currency. The league will be watching and if all goes well, he will go down as the owner who revolutionized cryptocurrency across professional sports.