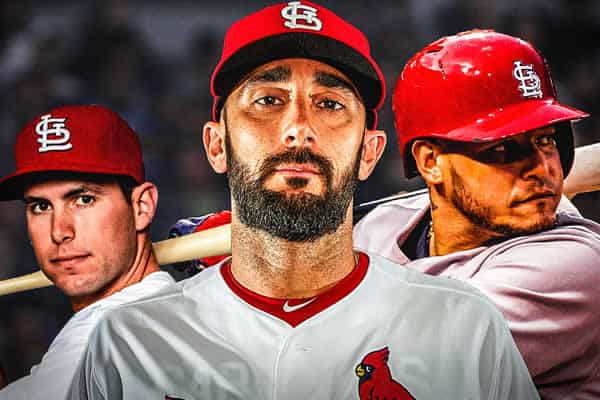 One of the more compelling storylines in the Year of the Home Run (aka the Year of the Pitiful Batting Average) is just how close the NL Central has been all season long.

But to take the oddsmakers’ word for it, you’d think Major League Baseball’s tightest division was all but wrapped up with a month and a half to go. Has betting on baseball ever been that easy though?

The point is that the NL Central is effectively a three-team tossup.

But the lines you’ll find at the various offshore sportsbooks don’t seem to reflect that.

At BetOnline, the Cubs are slight NL Central favorites at -120. That’s hardly controversial, as Chicago is currently in first place. The strange bit is that the Cardinals, who are also in first place, are somehow trending at +250, while the Brewers, though only one game off the pace, are going off at +350 odds!

Maybe all this can be explained away by some sort of sabermetric mumbo jumbo. Or maybe a whole bunch of Cubs fans are just pouring in the wagers at BetOnline and other books. The latter is certainly plausible, as even though offshore betting sites don’t suffer from the same kind of hometown skew that in-state books do, the Cubs have one of the largest national fanbases in the US.

As with any close race, the NL Central is likely to come down to the wire, where head-to-head matchups will determine the division outcome more than anything else.

To that end, consider the remaining meetings for the three NL Central contenders, as well as their current season records against each other.

Regardless of why an apparent coin toss is paying out so much better on the “tails” side, the fact is that if you think the Cards or Brew Crew have a chance to catch fire down the homestretch, you won’t find more valuable futures on a race this tight anywhere else in the league.