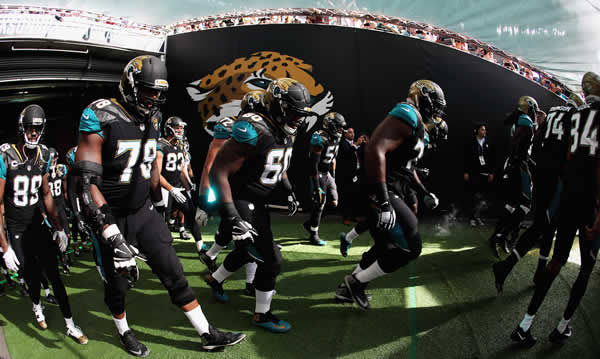 Time and time again, people bet on the favorite to win a sporting event. This especially holds true in a league like the NFL with storied teams like the New England Patriots, Pittsburgh Steelers, Dallas Cowboys and more. Part of the NFL makeup consists of underachieving teams that are always counted out—teams like the Cleveland Browns, New York Jets, Buffalo Bills, Chicago Bears, San Francisco 49ers and the Jacksonville Jaguars. However, this year’s Playoffs included 2 of these teams, and one has defied all of the premium USA sportsbook sites to get where they are.

The Jaguars have been a non-factor in the league since 2012. When opponents faced them, it was practically a guaranteed win. Teams looked at the Jags as moving one step closer to the postseason, or at least a winning record. 4 years of mediocrity boiled down to some decent draft picks, but it is hard to make anything with a young team. Coach Doug Marrone proved the doubters wrong in his first full season with Jacksonville by advancing his team to the AFC Championship against the Patriots.

Their postseason route has had 2 stops thus far, the first of which being at home against the Buffalo Bills. Both teams were riding waves of success for making the Playoffs for the first time in a while (1999 for Buffalo). This game was close in the sportsbooks, though Jacksonville was favored to win at home. It was a relatively mute game that finished 10-3, but the Jags were on to the Divisional round against the Pittsburgh Steelers. Pittsburgh was in the AFC Championship game last season and lost to New England. Before the Divisional round even began, commentators, analysts, fans and players alike were talking like there would be a rematch in the AFC Championship—the Steelers wanted their revenge. However, too much talking got them into trouble, as Jacksonville came out with their foot on the gas.

Before the game, Pittsburgh was heavily favored. It is tough to win at Heinz Field, especially in the Playoffs, and especially for a team that hasn’t been in this type of situation in over a decade. Jacksonville came out to an early lead, and while they managed to falter defensively and allow the Steelers to come back, they held out long enough to escape with a victory.

Sportsbooks were stunned. The NFL football betting world was stunned. Steelers fans were stunned. Jacksonville had done the impossible and secured a trip to the AFC Championship and a shot at Super Bowl LII. The new betting lines show New England as the favorite, but Jacksonville proved the age-old adage of never counting out the underdog. Most people were wrong with the Steelers-Jaguars matchup, and while New England is a better team than Pittsburgh, some believe Jacksonville still has some magic left.