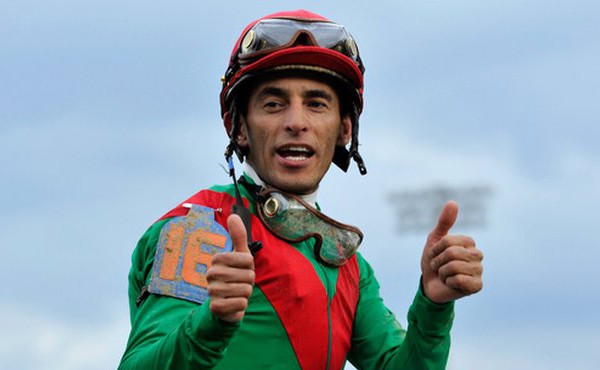 The 2018 Kentucky Derby is right around the corner and horse racing fanatics couldn’t be more excited about this year’s festivities. The Kentucky Derby is held every year in Louisville Kentucky at the Churchill Downs Racetrack and has run annually since its conception in 1875. The race is often referred to as the most exciting 2 minutes of sports and is also the first race of the American Triple Crown. To win the triple crown, a horse must win the Kentucky Derby, Preakness Stakes, and Belmont Stakes. There have only been 12 triple crown winners since 1875, most recently American Pharaoh in 2015.

John Velazquez is an American jockey that has already won the Kentucky Derby twice in his career. Being that he is last years winner he is hoping to win two consecutive Derby’s in a row. In 2014 he became the highest earning jockey in the history of the sport. He has won a total of 19 major horse races including 4 Triple Crown races and 15 Breeder’s Cup races.

Velazquez was born in Carolina, Puerto Rico and learned to ride when he attended Jockey school. He won his first race in Puerto Rico in 1990 and moved to New York to pursue a career as a professional jockey not long after that. Once he relocated to the states he took guidance from a leading jockey Angel Cordero Jr. Velazquez lived with Cordero Jr. while perfecting his craft and is said to of learned the English language from watching the Little Mermaid with Cordero’s daughter during his stay.

Velazquez has chosen to ride Vino Rosso, a thoroughbred who many are considering a long shot at this years Kentucky Derby. Rosso is a Kentucky bred horse that is owned by St. Elias Stable and Repole Stable. Velazquez said that he believes that Vino will be able to make the distance and that he likes the way the horse works in the morning. Vino was chosen over two other horses that Velazquez often rides, Audible, and Nobile Indy.

Velazquez said that choosing a horse to ride in the Derby was a difficult decision because all of the horses are good horses. He also stated that Vino gallops out better than the other two and he just keeps coming. Repole, one of Vino’s owners wrote in an e-mail to Newsweek that Velazquez is one of the greatest jockeys of all time. They also went on to say that it is always good when Velazquez is on one of their horses and that they have confidence he will get the win.

The Kentucky Derby is the biggest horse race in the world and millions of people from around the globe bets on the races with use of online sportsbooks. In 2017, the Derby raked in over 209 million at the track with over 150k in attendance. The race often attracts high-profile celebrities and in 2007 the race also attracted royalty when Queen Elizabeth attended the race.

Unlike other sports, sports betting is encouraged with horse racing as it is believed to bring the fans closer to the sport and has been a part of the history of the sport in America since the 1800’s. USA friendly online racebooks offer many ways for bettors to bet on the race. Online you can find prop bets, and future bets already in place for the Kentucky Derby. Odds are given for each horse and when you fill out your bet slip a stake must be placed. Once the stake is in place, you will see what the odds figure up to if you were to select a winning bet. The most likely to win horses are given the best odds, in this case, Justify is given 4 to 1 odds as of now.

Givemeaminit has the worst odds out of the 26 horses listed at 100/1 odds. Velazquez and his horse Vino are currently given 4 to 1 odds. Horse race betting is a fun way to get more involved with the sport and enthusiast from around the world will be watching with their fingers crossed. The Kentucky Derby will be broadcast on NBC and its affiliates on Saturday, May 5th. Coverage will begin at 2:30p and will air until about 7:30p. The race is scheduled to begin at 6:45 but it can change between now and Saturday. Tune in and see if jockey John Velazquez will capture his second Derby in a row.