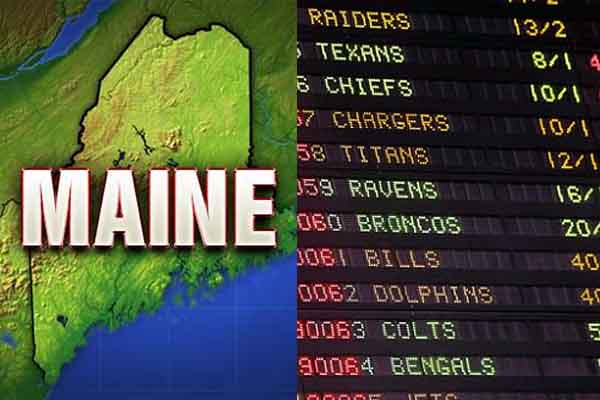 The Maine House of Representatives was unable to overturn Governor Janet Mills’ veto of a bill allowing for statewide sports betting.  The new law would have allowed participation in sports betting for those that were 21 and older.

The bill suggested that the state would earn $5 million per year in taxes had it passed. Estimates from the Maine State Police gambling unit were in the range of $3.8 to $6.9 million annually. The new sports betting law would have provided a major bump in state revenue intake from a sixteen percent tax for online wagering, and a ten percent tax on brick and mortar sportsbooks.

Governor Mills vetoed the bill last week, sending it back to the Maine Senate for consideration.  The Senate then overruled the veto, passing it along to the Maine House, which then put the bill up for a vote. The bill failed to receive the required two-thirds majority in the House, and the veto was upheld.

It was initially thought that the House would overturn the veto and establish legal sports betting in Maine, but intense lobbying by the Governor proved to be enough to secure a narrow victory.

Sports betting remains illegal in Maine, and the future doesn’t look good for legalization as long as Governor Mills is in office. That said, the bill only required ten more votes in the House to overturn the veto, so it is possible that it could be reintroduced next session and the required votes in the Senate could be achieved through successful campaigning.

The reason for the veto is varied amongst Maine’s legislators. Some cite moral concern as their rationale, assuming that gambling is a sin or that their constituents cannot regulate their own existences and need the supervision of legislators to guide them through life.

Other legislators expressed fear that the allowance of sports betting in Maine would negatively affect the two casinos that currently reside in the state, the aptly named Oxford Casino in Oxford, and the Hollywood Casino in Bangor. The two casinos opposed the bill. Although it would allow sports betting to occur in their facilities, they felt that their intake would be negatively affected by competing against the top online sportsbooks.

In Governor Mills’ two-page letter describing her reasoning for the veto, she mentioned lack of oversight and the need for more economic studies due to other states not bringing in the tax income that had initially been forecasted. She also felt that the new law would negatively affect young and low-income residents of the state.

Maine would have become the 22nd state to make sports betting legal for both online and local sportsbooks. Perhaps another year of consideration will pave the way for legal sports betting in the state.