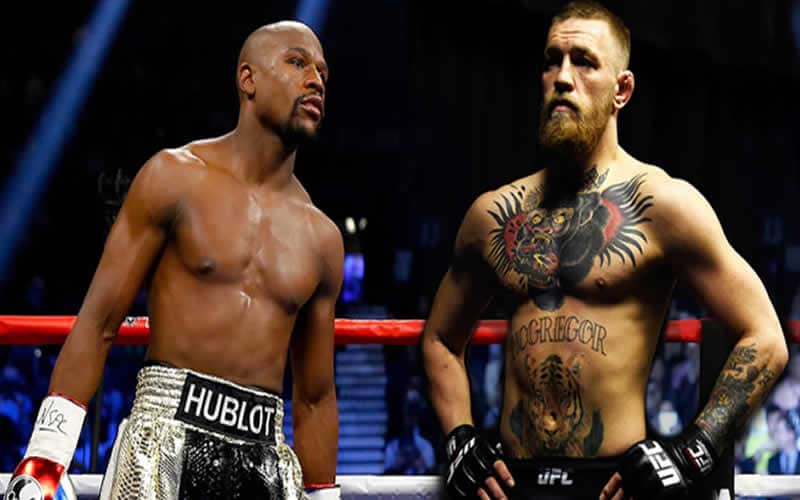 UFor the first time in history, Floyd Mayweather has admitted that he is older and not at his best. Usually a flamboyant and confident boxer, those characteristics haven’t changed in this lead up, yet they have been eclipsed by the even flashier and more flamboyant, Conor McGregor. Floyd has had a 21-year professional boxing career that has led him to remain undefeated at 49-0. He has been the top earner and highest paid boxer in recent history and has consistently flaunted his extreme wealth and lifestyle in the faces of his opponents. A tactic that usually allows him a certain mental advantage in the ring. Will his opponent’s ability to adapt an identical promotional style to his own presence translate into improved odds for McGregor at the US friendly UFC betting sites? We are only a few days from finding out.

Now, a younger Conor McGregor has learned a thing or two from the long-time boxing kingpin and has rightly adapted it to his own fight-promoting style and is ironically using it against Mayweather (and it might be working). Throughout the young Irishman’s career in the UFC, he has made it a point to be as flashy and flagrant with the money that he has won. He has consistently talked trash and displayed his overwhelming amount of confidence in the face of his opponents. Frequently calling himself “mystic mac” as a result of his unique ability to pick the round that his fights end in. He rides around in expensive cars and flashes his newly acquired wealth in what he wears and how he treats the people around him. Some would call it Mayweather 101. It is highly likely that as we watch these men promote their upcoming presence in the fight that we will see the odds shifting depending on who is more successful with their approach. We encourage you to monitor the odds through offshore sportsbooks providing legally sanctioned opportunities for USA online sports betting.

The fighting styles are different, though. Conor McGregor was an accomplished amateur boxer but he’s never competed in a professional boxing bout. Floyd Mayweather is arguably the greatest boxer to ever set foot in the squared circle and has made a career out of his masterful defensive boxing. They are both known as counter fighters, which typically makes for a pretty boring fight as boxing commentator, Jim Lampley pointed out in an interview. Still, Conor is a different type of counter fighter. He uses pressure to force the counter. He doesn’t wade away and wait for the shot to come screaming at him. Instead, he comes in inviting it, goading it to make an attempt at his face. When it does, he is suddenly absent and returning with his left hook that he has won world titles with.

World titles in MMA are not world titles in boxing, however. Mayweather has been known to rely on his defensive boxing and wait for his opponents to come to him. He has said that he is going to bring it to McGregor in this fight, but fighters say a lot of things in the lead up to a fight that may not be true. One thing is certain, Mayweather has had the luxury of spending all his time on the fluency of his punching while McGregor has had to devote expansive amounts of time to learning grappling and the differences to striking that take place when kicks, knees, and elbows are involved. It seems obvious that Mayweather will win this contest, when you count both of the fighter’s amateur experience along with their professional experience, Floyd literally has over 100 fights worth of experience over McGregor.