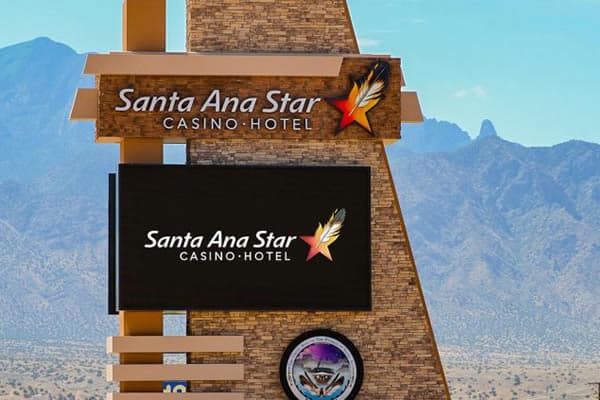 Hindsight legislation has made it so the Tamaya Nation can offer sports betting without the state of New Mexico’s approval or intervention.

The Pueblo of Santa Ana’s recent Indian Gaming Compact loophole has inspired tribal leaders across the U.S. to investigate their possibility to operate sports wagering with minimal to no state government oversight. In New Mexico, most tribes including the Tamaya Nation have arranged Gaming Compacts with the state in which the tribes may operate casinos using Class III gaming licenses. Class III licenses allow for sports, poker, and casino gambling, slots, and bingo.

However, tribes could not operate sports gambling capabilities granted within their Class III licenses under PASPA which prohibited sportsbooks outside of Nevada and other grandfathered states. In May of 2018, the Supreme Court ruled PASPA unconstitutional and allowed states to choose whether to offer state-regulated sports gambling. With the help of USBookmaking, a Nevada sportsbook tech provider, the Tamaya Nation sought legal assistance on their issue of jurisdiction and legality with sports gambling and were deemed legally compliant.

In the case of New Mexico and the Tamaya Nation tribe which owns the Santa Ana Star Casino Hotel, this loophole in their negotiated gaming compact allows the tribe to retain 100% of the profits gained from sports gambling operations. Due to the lack of regulation in their original gaming compact toward sports gambling, there is no requirement for the Tamaya tribe to provide the state government with any amount of funds earned through sports betting. This has New Mexico legislators attempting to arrange protection and standardized guidelines with the tribes in order to obtain some revenue from the operation.

The Santa Ana Star is regulated by the Pueblo of Santa Ana Gaming Regulatory Commission and is not required to pay the state as per agreements signed on December 30th, 2016 considering the State tribal Gaming Compact of 2015 which require tribes to profit share with the state on machine or electronic style games such as slots and video poker. Within this agreement, casinos are permitted to keep profits from all bets made from significantly interactions between player and casino attendant like table games which is also presumed to include sports betting.

However, sports gambling offers in New Mexico are likely to attract tourism which will allow some sectors of New Mexico’s tourism industry to flourish and gain some economic boost. The Santa Ana Star Casino is currently the only tribal casino in New Mexico with launched sportsbook operations as of this writing. The Santa Ana Star began offering sports wagering Tuesday, October 16th; non-tribal casinos or tribal casinos without Class III licensing cannot offer sports gambling.

The casino may offer wagering options on professional and college sports including betting options on New Mexico State and University of New Mexico games, as per Director of Operations for USBookmaking John Salerno states. However, the Santa Ana Star is not permitted to allow wagering on high school events. The casino provides single-game wagering, parlays, teasers, money lines, and over/under bets, all wagers must be made on-site.