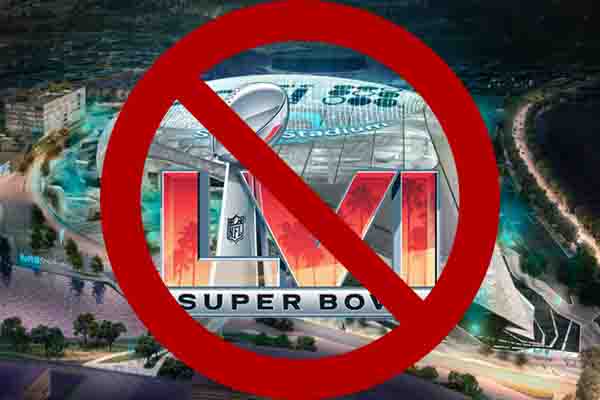 Compared to last season, the NFL has been lucky in regard to dealing with COVID-19 and its spread throughout league locker rooms.

Up until this week, the virus had been no real issue at all with only a couple of minor incidents. That all changed in Week 15 when three games had to be moved to Monday and Tuesday in order to avoid having to cancel the games altogether.

The Omicron variant of the coronavirus has proven to be very contagious although symptoms are mostly mild whether those that contract it are vaccinated or not.

The USA’s top NFL betting sites are never coy about projecting negative outcomes in any walk of life. The potential for the cancelation of games prior to the end of the season has prompted the following NFL prop bets.

The above NFL odds suggest that all 18 weeks of the season will complete without incident, but that doesn’t remove the possibility of more games being postponed.

Will Any NFL Week 16 Game Be Postponed?

While these NFL moneylines are closer to even, the odds are still good that there won’t be any postponed games during Christmas weekend.

One would hate to imagine a scenario where the Super Bowl would have to be moved to a later date due to league protocols, but anything is possible.

Online gamblers can now bet on the Super Bowl and whether it will be played on time, and the current odds imply a strong likelihood of all things going as planned.

How about a change of venue for Super Bowl LVI? The below Super Bowl prop bet has a lower probability of occurring than the date prop above, which means that the big game occurring on February 13 is a more certain bet than it being played at SoFi Stadium.

For gamblers that enjoy betting on chaos, the above propositions allow for exponential profits to be attained on any outcome that alters the NFL’s plans going forth.

Not covered in the betting lines included within this article is the impact that players who have to miss the game due to COVID-19 protocols have on their team’s chances of winning.

The Cleveland Browns just dropped a close game to the Las Vegas Raiders while starting their third-team quarterback.

Had the Browns won, they’d be leading the AFC North Division right now. Instead, they’re in last place and no longer in control of their own destiny.

The Browns vs. Raiders point spread was in flux during the days leading up to the game, as sportsbooks had trouble keeping up with the latest developments from the Cleveland locker room.

We’ve likely not seen the last of COVID-19 this NFL season, so why not try and profit off of the situation and bet on the above pro football props?