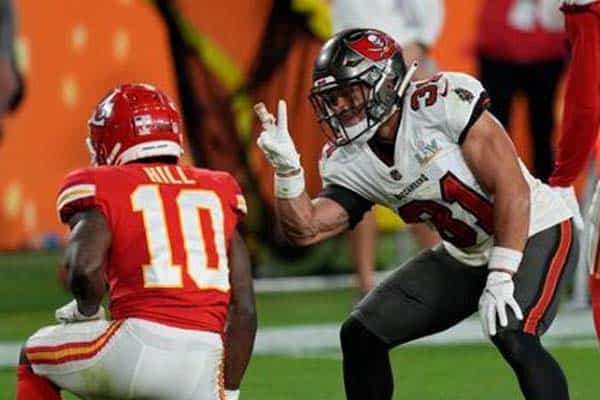 The 2021 NFL betting season has been one unlike any other, especially with the looming threat of COVID and ongoing conversations about vaccine mandates in the league.

Football Tries A Softer Side

Most recently, fans have coined the term “No-Fun-League” as a result of the NFL’s latest rule change in 2021. This season unveiled a strict no-taunting rule, emphasizing its enforcement to league officials.

As a result, the first two weeks of the NFL season have been jam-packed with flags at a record-breaking high. While some think it reveals how common the practice occurs on-field, the majority of sports fans and athletes see the new rule as a deterrent to the game’s fun.

The no-taunting rule offers few guidelines by which to define “taunting” but the NFL has made it clear that the behavior will not be tolerated. The rule prohibits “baiting or taunting acts or words” and “abusive, threatening or insulting language or gestures.”

Any player found violating the no-taunting rule more than once during a game will be subject to automatic ejection from the game. Additionally, that player would face fines and/or suspension.

This season has now served 11 total taunting penalties, some of which have altered game outcomes. The Los Angeles Chargers felt the brunt of these rules when a penalty for unsportsmanlike conduct voided a touchdown on Sunday.

If the trend of taunting rule enforcement continues, bettors may begin to shift their wagers towards the teams with the best temperament. Though, it doesn’t seem like a fair solution to this issue.

Many are now calling upon the NFL to disband the no-taunting rule or at least revisit the matter. Tom Brady briefly entered the conversation with an all-caps “AGREE” to a tweet criticizing the rule.

Just last weekend, Brady’s teammate Ryan Jensen received the first controversial flag of the season. It is not uncommon to see fans with ruffled feathers over penalties but, in this case, everyone seems to agree.

USA Sports Bettors Should Be Mindful

It is unclear whether the NFL plans on holding out on these rules, as they stand to hurt viewership. Then again, the advent of USA legal sports betting has made this NFL season the most-watched in history.

If the rules aren’t hurting profits for the NFL’s beneficiaries, they won’t be likely to change. However, if the rule change causes blows to major USA sportsbooks the NFL might show a change of tune.

Nonetheless, sports fans should be vigilant and place bets according to current rules. In addition to injury reports, bettors should keep their eyes peeled for players out due to COVID and, now, hotheaded athletes.