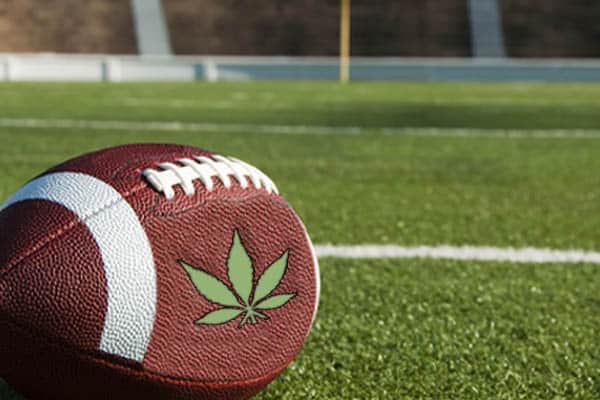 After legalizing recreational marijuana this summer, Illinois became the 11th state to authorize cannabis use across the board.

With the new Illinois laws and the Raiders moving to Las Vegas in 2020, there will be six states with legalized marijuana and an NFL franchise next season.

The current NFL policy for marijuana use was outlined by owners and players in 2011 when the groups ratified the new Collective Bargaining Agreement. Under the CBA, players with no previous violations are tested once in the offseason.

But with the annual test, which is on a predetermined date, can easily be sidestepped, according to retired defensive end Chris Long.

“Testing players once a year for street drugs, which is a terrible classification for marijuana, is kind of silly because players know when the test is, we can stop,” Long said on The Dan Patrick Show.

Long isn’t the only NFL player that has used or supported the use of marijuana during their careers. Most players say they use cannabis for the mental and physical healing effects.

“I can get Vicodin, I can get Oxy. It was too available,” Johnson told Sports Illustrated. “ I had my preferred choice of medicine. Cannabis.”

Kyle Turley spent eight seasons in the NFL as an offensive lineman and believes allowing the use of marijuana in the league could help the players.

“Cannabis saved my life, period, and it could help a lot of other players.”

The NFL is not totally deaf to the pleas of its players. In May, the league and Players Association began studying medicinal marijuana as a pain management alternative to opioids.

However, it remains to be seen what sort of action the league will decide to take.

Our Two Cents Worth

Would the use of cannabis impact NFL player performance and betting odds?

As the legalization of marijuana expands in the United States, I have heard some individuals express concern about the use of cannabis impacting the performance of professional football players and adding a level of unpredictability that can skew betting odds and DFS projections.

As an industry insider with long-time experience in the NFL betting market, I can tell you that I am not worried in the least that a change in NFL policy concerning cannabis would impact NFL betting odds or lines.

If anything, I think it would have a positive effect on player health. My reasoning is based on some very basic concepts:

I support the NFL’s consideration of the benefits cannabis can bring to players and how its use can positively impact multiple aspects of player health.