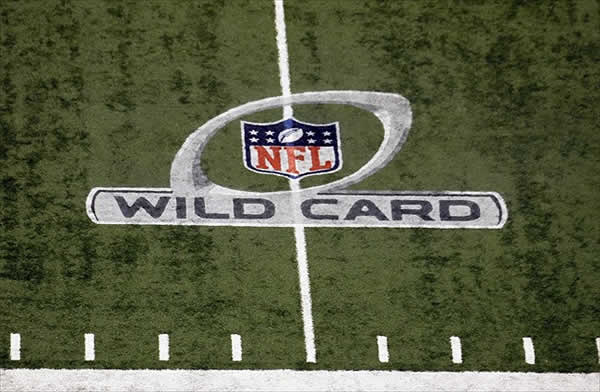 The NFL regular season has come to an end. There are a few interesting storylines to note as the postseason begins. Not to mention a few new teams looking to cement their place in history. The Playoffs begin Saturday, January 6, with the first 2 of 4 Wild Card matchups. Betting lines are open for the first series of games and you can always place a future bet on who you think will win the Super Bowl. There are multiple USA sportsbook sites hosting betting options for each game of the Playoffs.

The Kansas City Chiefs and Tennessee Titans kick off the postseason. KC won the AFC West and finished with a 10-6 record. The Titans managed to secure a Wild Card spot and will be the first underdog team fighting to justify their late entrance into the postseason. This is the Titans’ first time back in the Playoffs since 2008, so they’ll want to make the most of this opportunity, but the Chiefs will be a tough opponent. Tennessee is coming off a win that saw them clinch a Playoff berth, but the Chiefs are on a W4 and look to be back on track.

The second game of the day goes to the Atlanta Falcons and Los Angeles Rams. The Falcons were the best team last season and blew a huge lead in the Super Bowl to the New England Patriots. They seem to be a shell of their former selves in this year’s campaign and the red-hot Rams will want to take advantage of this. The Rams have been a bright spot this season and bounced back from previous years of failure to win the NFC West Division. New coach Sean McVay has turned things around in his first season, including bringing the best out of Todd Gurley and Jared Goff. The Falcons are considered the underdogs and rightly so, even though they are on a positive streak. LA hasn’t seen the Playoffs since 2004 (they were based in St. Louis at the time) and they look ready to prove their worth.

Sunday’s first Wild Card fixture is the Buffalo Bills v. the Jacksonville Jaguars—yes, you read that right. Both teams have been historically irrelevant for the past few seasons, but they are 2 of the underdog teams to emerge in 2017. Buffalo’s Playoff hopes relied on the Cincinnati Bengals upsetting the Ravens and that’s exactly what happened in the closing minute of their game last weekend. With a Bengals’ victory, the Bills clinched a Playoff spot for the first time since 1999. Jacksonville hasn’t been around since 2007, which is also the last time they had a 10-win season. The Jaguars’ defense is the strong point, but QB Blake Bortles has been struggling to get the offense going, and rookie RB Leonard Fournette can’t do it all on his own. Jacksonville is favored to win, but both teams will be playing for their lives to complete their respective redemption tours.

The final Wild Card game features the Carolina Panthers up against the New Orleans Saints. The Panthers will be up against the wall in this one after losing twice to the Saints in the regular season. Their defense has been solid, but the offense has been struggling. This was highlighted in their loss to the Falcons last week. Meanwhile, New Orleans has been playing well on both sides of the ball and look to be just about where they were in 2013. The Saints are favored in this matchup.