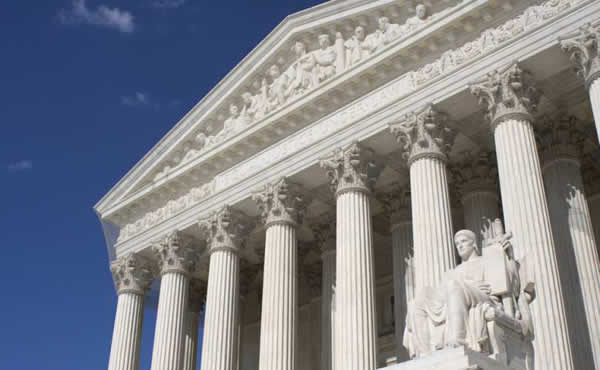 The New Jersey Supreme Court sports betting case has been going on for several years now. The case has significant legal ramifications regarding sports betting in the US. SCOTUS’ pending decision could potentially legalize wagering on sports, however that decision may never come.

This case sees New Jersey up against the NFL, MLB, NBA, NHL and NCAA—the sport powerhouses in the United States. The original argument from the leagues was that legalized sports wagering would harm them. The phrase “irreparable harm” was used several times. The integrity of sports was also called into question, even though the leagues haven’t had any issues maintaining integrity for years. The entire anti-sports gambling stance was strange from the beginning, but it was what the leagues went with. Now some 4-odd years later, the leagues appear to be doubling back on their original stance. The gravity of this case is significant because it could revamp sports betting laws in the country.

MLB lawyer Bryan Seeley addressed a group of Missouri lawmakers in a recent hearing. He spoke on how legal sports gambling could benefit Major League Baseball with increasing fan engagement and driving in more profits. This change of heart is nothing new. Representatives from the leagues, including league commissioners themselves, have discussed the topic of legalizing sports betting and the advantages it could bring through several media outlets. However, discussing something on a radio show versus in a formal court setting or through legal writing is a different story.

In the US Constitution, Article III allows federal courts to resolve cases and controversies in live cases. The rule is that there must be some controversy present throughout all stages of the litigation. This is where the concept of mootness sets in. Mootness applies when the issue first presented is no longer valid or when both parties are no longer interested in the outcome from a legal standpoint. The burden lies with the plaintiff, for if they lose a personal stake in the matter than the outcome becomes moot, hence ‘mootness.’

This New Jersey sports betting case is beginning to bleed into mootness territory based on the recent actions of the MLB and NBA. With representatives contradicting their original stance on sports betting in a legal setting, there are grounds to invoke Rule 21. Rule 21 is a Supreme Court benchmark that gives parties the ability to mark significant changes in the case. This can happen after oral arguments are heard. In the NJ sports betting case, the sports leagues’ shifting stance counts as a ‘significant change’ and oral arguments were heard back in December. Even if New Jersey decides not to strike a Rule 21 motion, the SC Justices can do so if they see the case going that way.

There may not even be a need to invoke Rule 21 because the way things are going, New Jersey looks to have a strong chance of winning the case. It appears that the leagues are leaning more towards losing the case at this point, so they have shifted their fight from against New Jersey to against states attempting to exclude them from their sports betting legislation. Whichever outcome happens, there will likely soon be multiple brick-and-mortar sportsbooks and USA sportsbook sites for people to use at their leisure. SCOTUS has rarely fallen to the mootness conclusion, but it is interesting that this case has reached that point.