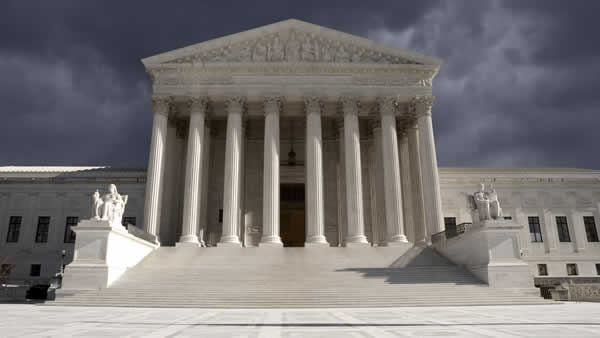 Many are aware of the news that the Supreme Court will be deciding whether to overturn PASPA and rule in favor of New Jersey in the latest court case by Spring. While the official case is identified as New Jersey vs NCAA, the MLB and NBA are litigating in the case against New Jersey and technically still are. However, it is easy to forget this detail as these pro sports leagues have been lobbying for certain states who are expand their sports betting bills. The caveat is that professional sports leagues such as Major League Baseball are only supporting states with bills that include suggested integrity fees which supposedly will maintain the integrity of baseball. Meaning these leagues have not had a change of heart over the legalization of sports gambling but rather wish to take advantage of states writing sports bills to sneak in fees that essentially line their pockets. Claims that PASPA is outdated and a federal obstacle to legalizing sports gambling at the state level are supported by the difficulty to remove it without the Supreme Court’s decision, as federal laws trump state legislation, especially for US sports betting laws. The situation becomes even more messy one as professional sports leagues begin to flex their muscles over individual states, even the Solicitor General advised the Supreme Court Justices to not hear the case.

Recently, during a New York Senate hearing two leagues made it clear what they wanted. The MLB and NBA both said they would support legalization with their provisions included, specifically bills that included integrity fees. However, their claims of a 1 % fee on the handle, or total amount of wagers, is a tough sell just for simply existing. Although they attempted to rationalize the fee as a way to cover expenses relating to the implementation of safeguards. The CEO of William Hill USA boldly commented through his representative that the leagues’ “integrity fee” is just another way of saying cut of the profits. The company’s CEO continued with a statement that reassured professional sports leagues plenty of financial benefits coming their way and that there would be no need to “divert tax revenue from state citizens”. He summarized his point by stating that any taxes and fees collected should be made payable to the state to benefit its citizens, not wealthy private organizations.

Of course, input offered from offshore operators should be taken with a grain of salt as the money paid to leagues would more than likely come out of the pocket of operators. However other individuals in the meeting exclaimed that fees were never charged to operators in Nevada before, where full-blown sports betting is legal – The leagues admitted this was true. ESPNS’s Brain Windhorst also pointed out that leagues have already established safeguards such as monitoring systems to detect unusual activity or insider trading and that such issue has been resolved for years making said justification false.

The NBA Commissioner Adam Silver called for a repeal of PASPA in 2014, claiming the popularity of gambling too great across the US. He called for congress to adopt a federal framework which would authorize professional sports betting. This of course, would be subjected to regulatory requirements and safeguards. If this rhetoric seems familiar it is. Their suggestion, even then, was to create a national bill which would include their integrity fee. It is plain to see that leagues such as the NBA have been plotting this for a long time. The American Gaming Association interjected that they were pleased with the NBA’s support for regulated sports wagering but said that role of government did not include the transferring of money from bettors to multi-billion-dollar sports leagues.

Don’t feel bad for these guys though, as pro sports leagues stand to maintain substantial profits even without their desired 1% cut. Casinos, sportsbooks, and online operators will more than likely provide sponsorships and advertising spots to leagues in order to boost their brand recognizability. While it is understandable that the MLB and NBA are concerned over losing their case against New Jersey, there is no loss of opportunities for either league. Their extreme push and pressure for integrity fees support the stigma that they are only supporting legalization for the money and without that, they will do everything possible to ensure no one profits off of legalization by fighting against it even harder. However, how that will translate to states that have already drafted legislation with profession sports leagues support is to be determined.

To further comment on the ill-intention of integrity fees, one simply needs to look at who benefits from the tax. A large sum of state compensation would immediately be diverted to leagues and operators would need to raise the cost of betting in order to cover payments to states and leagues to maintain profitability. Therefore, customers would abandon domestic avenues and return to illegal or offshore platforms in order to keep personal expenses and costs down. Which in turn makes legalization moot and viability unattainable. Therefore, integrity fees do not safeguard anyone and only serve the self-interests of sports leagues. It is despicable what these leagues will do in order to gain their share of the pot and even more so to disguise their greed as a way to maintain their integrity.