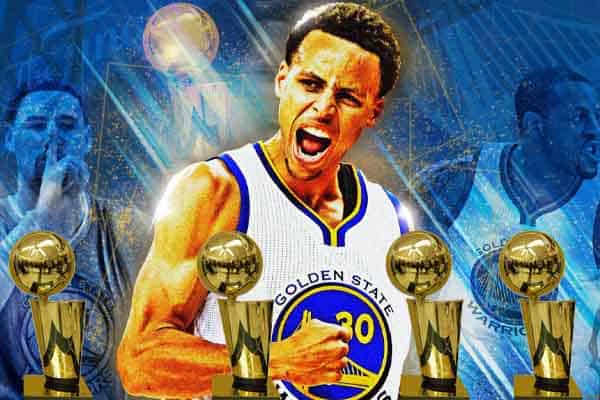 The Golden State Warriors are now about to make their 5th straight NBA Finals appearance and odds are predicting them as the early favorite.

The NBA Finals are set to start on May 30th, 2019 between the Golden State Warriors and either the Milwaukee Bucks (2-3) or the Toronto Raptors (3-2). The Warriors have been almost unstoppable in recent years, and with the addition of Kevin Durant in 2016, they now resemble a “Dream Team” of sorts.

To get to the Finals there was no easy road for the Golden State Warriors who had to knock off their rivals the Houston Rockets without one of their superstars Kevin Durant. KD went down with a right calf injury on May 8th and has yet to see the court since. The Rockets fought a hard series, but in game 6, it was Stephen Curry’s night as he dropped 33 points in the second half and led his team to victory and advanced in the playoff bracket.

Once Golden State got past the Houston Rockets they easily rolled over the Portland Trail Blazers in 4 games. While some of the games were close, Portland just didn’t match up well against the Warriors as they lost the series without Golden State’s superstar Kevin Durant on the court.

NBA Basketball betting is more popular than ever now that PASPA has been repealed and US states are passing domestic sports betting laws. US residents also have access to offshore bookies who accept US bettors. With the Warriors at -275 right now it would seem as if they have this year wrapped up, and if Kevin Durant returns for the Finals like Warriors owner Joseph Lacob says the odds might go further into the red.