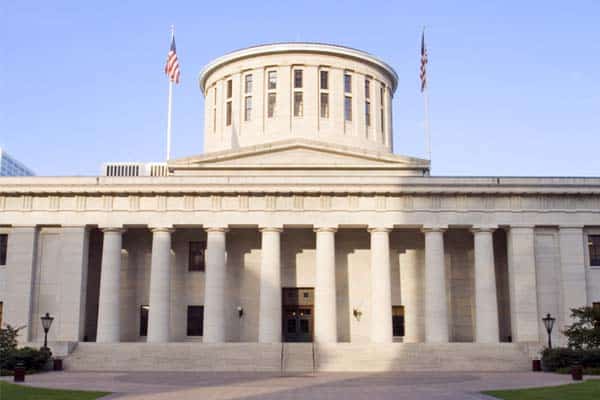 Ohio’s window for passing comprehensive legal sports betting bill by the end of 2018 has slimmed.

Two Ohio legislators, one from the House of Representatives and one from the Senate, each presented minimalistic sports gambling bills in recent sessions to act as placeholder bills. The bills are said to express keen intent to explore sports betting opportunities in Ohio by the general assembly. However, without clear specifics, there can be no guarantee for the passing of a legal sports wagering law in OH before the beginning of 2019.

An investigation into the viability of regulated sports wagering in the state, as well as, the collaboration of both legislative chambers will assist in the finalization of a proper proposal. Key issues facing potential proposals regard Ohio’s high gambling tax rate, currently, casinos with table games must abide Ohio state law and payout 33% of their gross revenue to the state. Numerous sports gambling entities stated their concerns regarding the high tax rate and are fearful the same would apply to sports gambling operations conducted within state casinos.

Other problems such as both the Ohio Governor’s, and state Senate President’s aversion to expanded gambling in Ohio should be considered as well. Senate President Larry Obhof presented a complication regarding the state’s constitution which forbids gambling except for within voter-approved casinos, lotteries, and charity games. His statements question the legality of a legislative piece attempting to legalize sports gambling without first amending the state’s constitution.

To address the legality of such, an assigned committee would need to review any introduced bills regarding the legalization of sports gambling in Ohio. However, the committees cannot review the bills until the end of the November midterm elections. The final bill may amend the Ohio constitution or be presented as a substitute amendment, depending on the committee’s findings.

To further garner support for legalized sports betting in the state, projected revenue reports have been released which describe the amount of funding the state would receive from legalization. One report estimated $1 billion in tax revenue in the first year of legal state-regulated operations. While these figures are tantalizing, Senate President Obhof does not believe in the reported number’s accuracy.

Internal conflicts such as these within the legislature can lead to friction and halted progress. However, residents, as well as, numerous chamber members have stated their support for legal sports betting. More sports betting research must be done before the committee convenes after November to ensure a concrete bill is presented for review.

Ohio’s general assembly has until December 31st to approve of a sports gambling bill before the next year’s sessions. Nonetheless, legislators will still have a chance to present a proposal in the 2019 sessions but may be behind other states in regard to operational sports gambling offers. This could become a lost revenue issue later on regarding market share and gambling tourism with other preferred nearby sports gambling states such as West Virginia, Pennsylvania, and potentially Michigan, and Indiana.