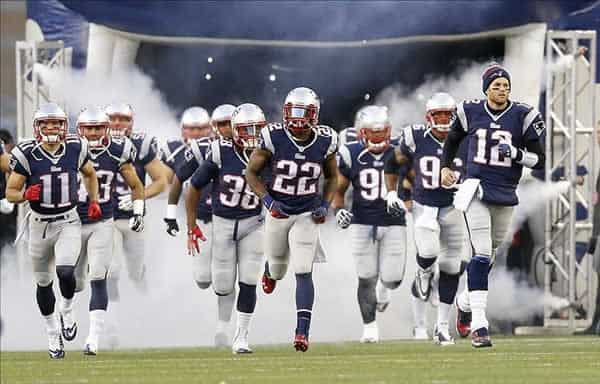 At -4.5 favorites in most USA Super Bowl 52 betting sites, the New England Patriots are expected to win Super Bowl 52. The Patriots are no strangers to the league’s biggest stage. Their Super Bowl presence over the last few years has practically become expected. This is why most fans and bettors do not talk about them being there as much as they do about how they landed there. There is an air of mystique surrounding the Patriots. In most cases, teams don’t beat the Patriots, they beat themselves. This mystique is part of the reason.

How did the Patriots achieve such a status? Through years of dominance in the AFC. They’ve won 8 AFC Championships in the Brady-Belichick era. This year was arguably the easiest of them all. Not to mention the talented players on their roster. Everyone in the league, including players, fans, analysts, bettors, etc., knows what QB Tom Brady is capable of, especially in the fourth quarter. There are 2 recent experiences that showcase this.

This first came from last year’s Super Bowl against the Atlanta Falcons. Down 28-3 in the third quarter, the Patriots looked done for. No other team in history as come back from such a lead. However, Brady looked calm and collected on the sideline. He must have given one hell of a speech in that locker room during halftime. As the most experienced player on the roster, and a proven winner, people tend to listen to him. The third quarter was not as productive as he probably would’ve liked it to be (they managed 6 points and the Falcons scored another 7), but the Pats’ defense came alive and kept the Falcons at bay. Then, in the fourth quarter, Brady led his team to 19 unanswered points to send the game into overtime.

Another example of this came in this year’s AFC Championship game. Everyone expected the Pats to win at home against Jacksonville, but the Jaguars came out swinging and scored 2 quick touchdowns. New England lost TE Rob Gronkowski to a concussion and it got worse from there. They were down 10 points in the fourth. Brady led 2 sensational drives down the field that both resulted in touchdowns. Jacksonville was stunned.

When a team gets rolling, it is hard to stop that momentum. Sports analysis and stat sheets aside, momentum can account for a serious game-swinger, especially down the stretch. The Patriots imposed their will on the Falcons and left them completely defeated. With the AFC Championship, the Jags had control of the game but gave it up in the fourth. This is where the Patriots mystique kicks in. They pull off one positive play and opposing teams are thinking, “Oh, great. Here they go again.”

Eagles’ coach Doug Pederson addressed this ‘mystique’ with the media. He stated that his teams needs to knock that idea out of their heads before the game even begins, otherwise they’ve already lost. While the Falcons and Jaguars showed what not to do against the Patriots in the end of their games, they did put on a good performance in the beginning. If Philadelphia can maintain their defensive prowess throughout the game and keep Brady in check, they may be the team to defy football betting analysts and knock them off their pedestals.