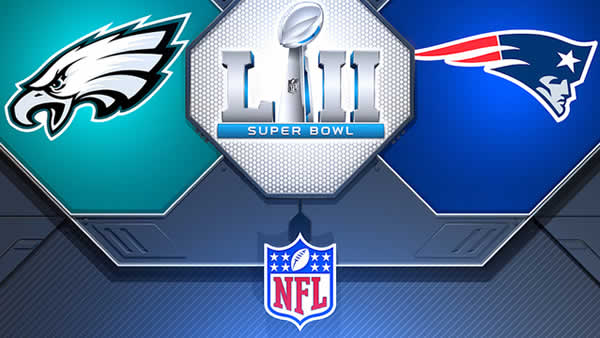 The AFC was the first game of the day. Heading into the matchup, the game was in New England’s hands. They dismantled the Tennessee Titans in the Divisional Round and practically a lock against the Jags. Jacksonville somehow managed to beat the Pittsburgh Steelers in the last round, though they also gave up 42 points in the process. With this data, it was projected in most NFL betting lines that New England would win by a wide margin. However, once the game started, Jacksonville looked on track to prove the doubters wrong again.

The Pats had the early points with a field goal, but Jacksonville answered back with 2 touchdowns. It is not often that the Patriots are down, especially at home, so this was a bad sign for New England. Jacksonville’s young defense, which has been their pride and joy all season long, was all over QB Tom Brady, pressuring him on every play and forcing 3-and-out after 3-and-out. The Pats took another hit when they lost TE Rob Gronkowski to a concussion. Up until that point, Gronk had been their man man. Star WR Julian Edelman hasn’t played all season long due to injury, but the Pats have enough receivers to make up the loss. After Gronk went down, expectations fell on Brandin Cooks and Danny Amendola to be the playmaker.

After halftime, the Jags seemed to ease off the pressure, which you never want to do when leading, especially against Brady in the Playoffs. With more time to execute on each play, Brady began driving down the field. Amendola surfaced as the playmaker they needed and caught 2 touchdowns, the last of which putting the Pats ahead for the victory.

Ultimately, the Jags were their own downfall. There were some controversial calls that put the Pats in better field position, but the Jags should have never eased off on the defensive pressure. QB Blake Bortles had a strong performance, but it was not enough to see their Cinderella season go to Super Bowl LII.

The Vikings-Eagles game was predicted to be going Minnesota’s way. People were already hyping up the possibility of the Vikings playing the Super Bowl in their home turf. However, the Eagles once again proved the analysts and sportsbooks wrong by putting up a commanding 38-7 victory. The Eagles are the top-seeded team and they showed everyone why in this game. Their defense has been solid throughout the year and kept the Vikings to only 7 points, minimizing their effective dual-threat run game and QB Case Keenum.

Backup-turned-starter QB Nick Foles had a phenomenal performance, going 26-33 for 352 yards and 3 touchdowns. 2 of those touchdowns came off long throws, showcasing something that could come in handy against the Pats in the Super Bowl. WR Alshon Jeffery had a great performance as well, with 2 touchdowns and 85 yards on only 5 catches. Their run game, which has been balanced between Jay Ajayi and LeGarrette Blount, was out in full force again. This time, Ajayi took the bulk of the carries, but Blount powered through to the endzone for a touchdown.

People expected the Patriots to blow out the Jags, but they barely escaped with a victory. People thought the Vikings would win on the road, but the Eagles made quick work of them. When it comes to betting on Super Bowl LII, the Pats are again favored. The Patriots are limited, and they might not be able to bounce back should the Eagles get out to an early lead. One thing is certain—Super Bowl LII should be an exciting matchup.