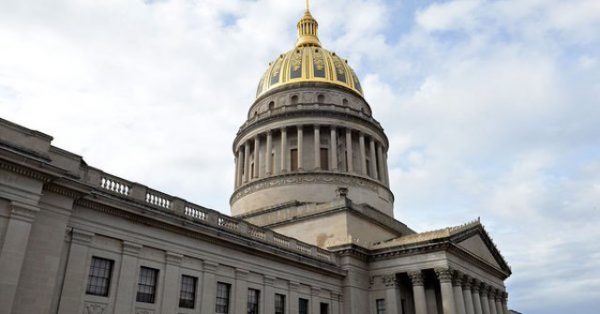 Usually known for being stuck in the past and outdated, especially with gambling laws, West Virginia is now ahead of the curve much to the dismay of pro sports leagues like the NBA and MLB. In anticipation of a US Supreme Court decision to be announced June 2018, West Virginia had created new gambling legislation which has certain leagues demanding revisions. The bill would be contingent, of course, on the Supreme Court’s decision to end an active 26-year-old Federal ban on expanded sports betting – also known as PASPA. West Virginia’s newly considered sports betting bill would legalize sports wagering activities at select state casinos and gaming venues, while also allowing accessible wagering via mobile application – currently there are accessible and legal offshore US mobile sportsbooks.

However, West Virginia’s bill excluded certain provisions that the pro sports leagues recommended in other state sports betting bills such as Indiana’s and as soon as the NBA and MLB got wind of the exclusion, the bill received instant pushbacks from these leagues. Such exclusions brought on public requests by the NBA and MLB for West Virginia to redesign and complete “a significant overhaul” of said bill, citing that [their recommended] safeguard provisions were not included in the bill. These two leagues made separate public statements on the issue of West Virginia’s bill on Monday.

Without directly quoting these leagues’ attempts to reframe their justification using legal terminology, many could see that they were simply spinning their argument for a percentage cut of the action to seem more noble than it is. The NBA and MLB are both seeking an individual 1% integrity fee from each state and were the first to impose this integrity fee on Indiana. The fee would supposedly compensate leagues for their increased expenses associated with insulating themselves against scandals, corruption, and match-fixing. Attorney Scott Ward testified for both leagues in front of West Virginia’s Senate Finance Committee and argued that the fee would “help [the leagues] investigate and monitor sports games, score boards, and wagering results”.

While everyone believe that the NBA and MLB should receive a cut of the money generated from their sport, use of likeness, and brand few agree with the ludicrous fee of 1% per league from each state. In addition to their request, many are not pleased with the false justifications made and would rather the league be more blatant about wanting a fee for the sake of taking a cut rather than paper-thin lies to “preserve the integrity of the game [and the billions spent overtime on persevering that integrity]”. To protect their potential opportunity the NBA and MLB made a joint statement which indicated that at least twenty other states were considering drawing up their own sports betting legislation, which forced these leagues to begin lobbying in those states in order to circumvent issues of excluding their recommended provisions, mainly their integrity fee.

Such concerns quickly caused the NBA and MLB to publicly address the weaknesses found in West Virginia’s bill from claims of not providing clear language concerning protection for consumers, preventions against players betting on their own game, and advertising restrictions, to programs for problem gamblers. They ended their statements by reassuring everyone that they were more than happy to assist in the creation of West Virginia’s sports betting bill and any other states.

West Virginia’s Senate Finance Committee then considered making amendments to the bill and held a session which approved a bill identical to the one under consideration earlier, much to the shock of the two pro sports leagues. The approved West Virginia sports wagering bill is known as Senate Bill 415 and allows for sports betting to take place at four of West Virginia’s casinos and the Greenbrier. SB 415 appointed the overseeing jurisdiction for sports betting in the area to be under the oversight and control of the West Virginia Lottery Commission.

The Senate Finance Committee rejected proposals made by pro sports leagues including proposals to use official league statistics in settling claims, require casinos to report gaming results to the leagues, and provide the league with their 1% integrity fee. However, SB 415 remains contingent on the Supreme Court overturning PASPA so perhaps PASPA will remain in effect and sports leagues will never receive any integrity fees. If that were the result of it all, US players would still be able to access legal offshore online sportsbooks.