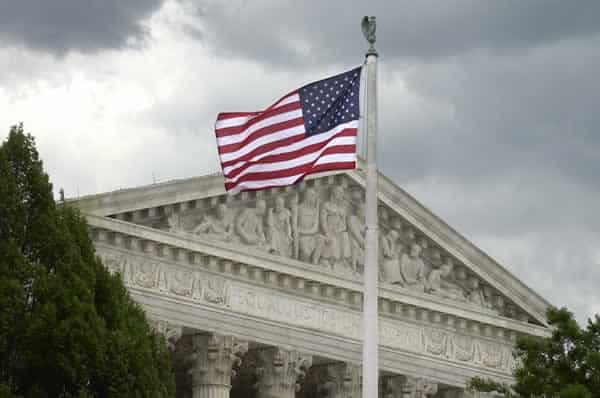 The reign of PASPA seems to finally be over. The 46 states that have not been allowed to host any type of regulated sports gambling may be able to finally do so (pending state legislation). Widespread sports betting may now be legal in the United States of America.

If this decision does not come with any strings attached, and the feds don’t find a way to combat the decision, then states will now have a clear path to authorizing sports betting without violating any federal laws. The US Supreme Court ruled in favor of New Jersey by a 6-3 vote. They also agreed with the notion that PASPA is unconstitutional and violates states’ Tenth Amendment rights. The court said that the federal ban unconstitutionally forced states to prohibit sports wagering.

The New Jersey sports betting case has been going on for over 7 years in total. New Jersey attempted to authorize sports wagering back in 2011 to help its failing casino businesses. The law was challenged by the NFL, MLB, NBA, NHL and NCAA. These leagues used PASPA to shut it down. NJ tried again in 2014 with another law that repealed prohibitions established by PASPA. They were again met with fierce opposition from the leagues. This time, NJ decided to fight back and took the case to court. After losing multiple times in lower circuit courts, New Jersey’s last hope came when the Supreme Court decided to take on the case in 2017.

Oral arguments began in December 2017. SCOTUS heard testimony from the sports leagues, New Jersey and other stakeholders. After months of deliberation, SCOTUS decided that while Congress has the right to make federal policies, they cannot tell states what their own policies are. Justice Samuel Alito echoed this sentiment in stating that the important policy decision required to legalize sports betting is not Congress’ to make.

With this decision in hand, New Jersey and several other states can begin implementing their legal sports betting frameworks. This means you will soon see brick-and-mortar sportsbooks popping up in New Jersey, Mississippi, West Virginia, Pennsylvania and more. 18 other states sided with New Jersey in the PASPA case. The demand for legal sports betting is there and it is easy to see why. States can now use legal sports wagering options to help bolster their casino industry. This in turn will funnel money back into the economy off of tax revenues.

These other states were not alone in supporting legalization. Some of the very sports leagues that fought against New Jersey came out in support of sports betting in hopes of getting some revenue off it. The NBA and MLB have attached themselves to multiple sports gambling bills. At least now they have a shot of getting what they want.

As far as online sports betting goes, states may still have to wait. The Federal Wire Act is another law that prevents US based online sportsbooks. However, it is likely we soon see the end of that law in the wake of this decision on PASPA. In any case, sports betting advocates achieved a great victory today with SCOTUS’ decision. Keep an eye out for further developments in legal state betting options.