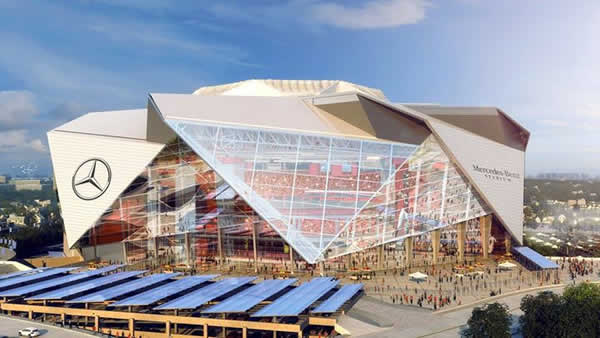 The National Championship game at the Mercedez-Bens Stadium in Atlanta will feature Alabama versus Georgia in a fierce SEC matchup. This game should be a masterclass in strategy, as 2 former associates in coaches Nick Saban and Kirby Smart will be battling it out alongside their respective teams. From a betting standpoint, Alabama is projected to come out on top, but the Georgia Bulldogs have plenty of fight in them.

Georgia showed why they deserve to be here in their double overtime win over the Oklahoma Sooners in the Rose Bowl. Their offense was firing on all cylinders in the second half after some halftime adjustments. Freshman QB Jake Fromm (who used to play for Alabama before switching over) threw for 210 yards on 20/29 passes with 2 touchdowns. Their true power lies in the run game with arguably the best running back combo around. RB Sony Michel and RB Nick Chubb combined for a total 326 yards and 5 touchdowns on 25 carries. Those numbers should come as a note of caution to the Alabama defense, and rightly so. Georgia’s defense is a threat as well, as the defense is Smart’s specialty. Linebacker Roquan Smith leads an all-star unit, though they will have their work cut out for them.

In the Sugar Bowl, Alabama dismantled the defending champions Clemson. Their defense held the Tigers to only 6 points while the offense put up 24. QB Jalen Hurts looks to be back on track and finished with 120 passing yards and 2 touchdowns. Alabama also has an effective RB combo in Damien Harris and Bo Scarbrough. If Bama’s defense, led by safety Minkah Fitzpatrick, can come out as effective in the National Championship game, they’ll have a good chance of keeping Georgia at bay.

One key component of this game to consider is freshness. The Georgia Bulldogs are coming off 2 emotional wins over Auburn in the SEC Championship and Oklahoma in the Rose Bowl. The latter game was an exhaustive effort that saw a second half comeback and 2 overtime periods. Coach Smart is keen on the toll these types of scenarios take on players and is doing everything he can to ready his squad. On the other hand, Alabama was at one point thought to be out of the championship conversation, but snack back in after Ohio State beat Wisconsin. Bama has had plenty more time to rest up and handled business in the Sugar Bowl. There was no grueling back-and-forth or double overtime victory. Even though both teams have the same amount of time to prepare, Georgia has the bigger hurdle.

The Crimson Tide is favored to win in most USA sportsbook sites. Oddsmakers have established a close point spread, meaning this game is unlikely to be a blowout. Fans and bettors should expect a back-and-forth shootout with an emphasis on the defense. Licensed offshore sportsbooks present the only legal way for US bettors to wager outside of Las Vegas and feature multiple categories, including football betting. If you are interested in placing legal bets online, including prop bets, consider using one of these sites.