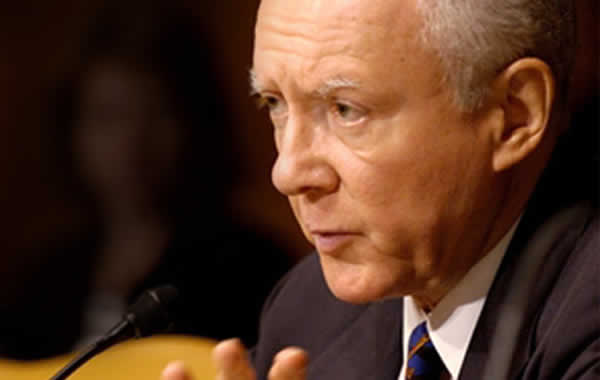 Republican Senator Orrin Hatch wasted no time in announcing his plans to introduce a bill for federal regulations on the new domestic sports betting industry. It makes sense given that the Supreme Court noted that Congress could potentially step in to do so, but this is unwelcome news for states looking to usher in sports gambling on their own terms.

The Supreme Court made history with their decision to repeal PASPA, the federal ban on sports betting applicable to 46 states. They opened the floodgates to legal brick-and-mortar betting options for all states outside of Nevada, the state that currently holds a monopoly on sports gambling in the US. SCOTUS did note that Congress can push out federal regulations, but in the event, they do not that responsibility would fall to individual states.

States would much prefer this option because it means they can tailor the legislation to fit their needs. Each state is different, so this option makes sense. The major sports leagues do not support this option. They would prefer federal regulation that creates a consistent regulatory profile. This would help their case of getting their way with integrity fees, data rights and more. In fact, the NFL, which has been mostly silent regarding sports betting, recently spoke out and said they would be in support of federal regulation. NBA Commissioner Adam Silver has spoken about a similar platform on several occasions.

The NBA and MLB sent out representatives to multiple states pushing for sports betting legislation in order to promote their agenda. They failed with several states, most notably West Virginia, but were successful in a few others. Considering the grand scheme of things, the leagues would have to travel from state to state in order to hopefully get their way. This would consume both time and financial resources. It would be much easier for the sports leagues to implement their agenda through a federal platform. Also, Congress houses representatives from every state, meaning the sports leagues can get their point(s) across to all parties at one time.

Senator Hatch has yet to provide a timeline as to when this bill will come out. However, we can gauge the timeline based on the fact that he is retiring at the end of this session. By the end of 2018, there will likely be a federal sports betting regulation bill tabled in the Senate. If this bill makes it through, it would automatically commandeer any state regulation in place. If you thought the recent PASPA case was controversial, these next few months will be more of the same. We will be sure to provide any updates on Senator Hatch’s plan as they come out.