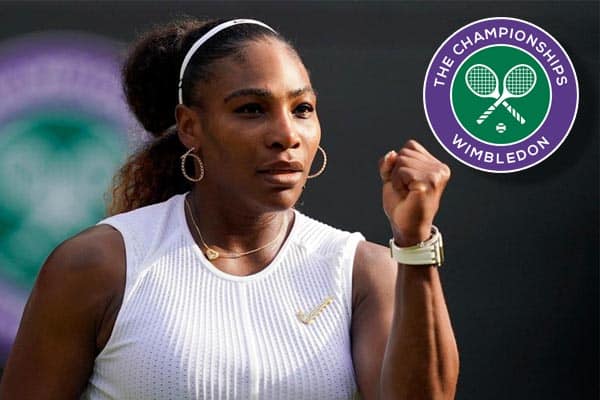 Online sportsbooks have Serena Williams listed as the favorite to win the women singles at Wimbledon with her odds currently at +135.

So far Wimbledon has been an emotional rollercoaster for the Williams sisters after Venus got knocked out of the tournament by 15-year old prodigy Coco Gauff. Coco was eventually eliminated by Samona Halep who happens to currently be the second favorite woman to win the tournament according to Bovada.

Serena was able to knock out Carla Suarez Navarro 6-2, 6-2 to advance to the final eight. Her next match is up against Alison Riske on July 9th at 5 am EST. Alison Riske is also an American tennis player who has won two WTA titles in her career. She came into the tournament with a WTA rank of 55 compared to Serena’s #10 world ranking.

Not long after the Australian Open Serena had to step off the court due to her pregnancy. Since her return to the court post-pregnancy, Serena has not won a major tournament. Serena entered this year’s Wimbledon tournament seeded #25.

Below you will see the current odds for the Women’s tournament at Wimbledon. Serena still sits on top of the odds chart but will have to face some fierce competition if she wants to bring home her 8th Wimbledon trophy.