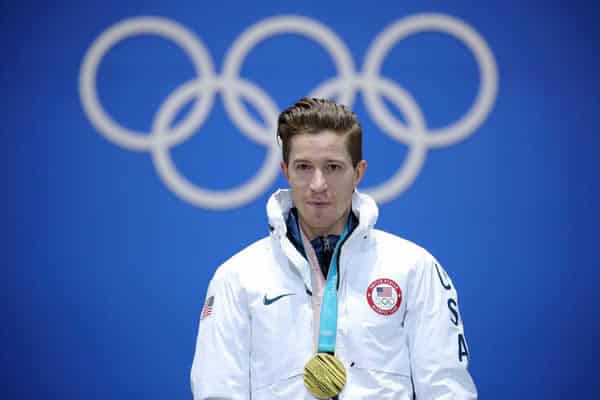 In what has been a constant wave of sexual misconduct cases over the past year, Shaun White was reminded of his case after winning his third gold medal in the 2018 PyeongChang Winter Olympics. In a world where sexual misconduct mostly goes unnoticed and unpunished, the International Olympic Committee needs to step up their stance against all forms of assault. If White were held accountable for his actions, he would not have been in the 2018 Winter Olympics.

White was surprised to hear questions about his 2016 sexual misconduct case, in which former bandmate Lena Zawaideh sued White for not paying the rest of her salary after he fired her from the band. Sexual misconduct claims were added to the suit, with Zawaideh stating that White sent her crude text messages amidst other claims. The pair ended up settling out of court.

When asked about the claims, White stated he was here to talk about his medal and not about “gossip.” He also stated that he didn’t believe the case would tarnish his legacy as an Olympian. Zawaideh’s lawyer, Lawrance Bohm, hit back by stating White minimized the problem of sexual harassement in the US. He also said that White maximized the harm inflicted upon his client. White has since backpedaled on his statement and said he was too in the moment after winning to speak clearly. He apologized for the incident, but that’s it. The show went on.

The IOC has taken steps to rid any sort of abuse within the Olympics, but they should expand their scope to include events taking place outside of the games. Instead, they are putting athletes on a pedestal and glorifying their achievements while downplaying heinous offenses. The IOC has a mission to educate youth through sport on anti-discrimination and anti-abuse, but their of lack of action speaks louder than their words.

They released a statement the same year that White’s case settled that said there “is no good reason to suppose that sport is exempt from the ills of wider society.” It also said sports agencies “cannot be complacent” about this kind of thing. If that were the case, the IOC should’ve taken action against White. Yes, it diminishes his legacy of him winning a third gold and the US’s 100th Olympic gold in the Winter Olympics. Yes, it would be negative PR for the country. But, is it truly better to have an athlete stained with these types of allegations representing your country?

White will likely retire from snowboarding after this year’s games, but he has stated he wants to compete in the 2020 Summer Olympics in the skateboarding category. This is the chance for the IOC to show if they’re willing to step up their policies on banning athletes with this sort of record. If not, they continue to foster a world where sexual misconduct is downplayed and those who stand accused are heralded as heroes.