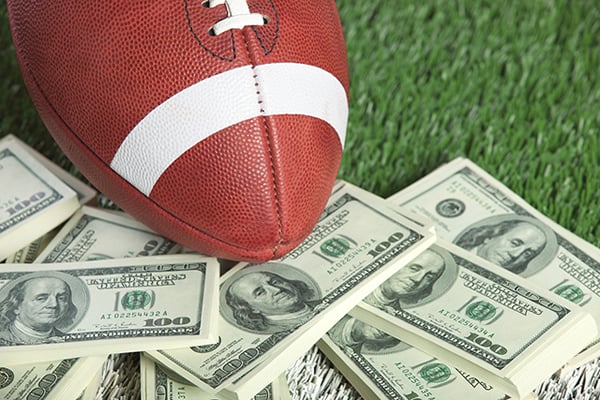 Millions of dollars are wagered on the Super Bowl each year. Over $300 million was bet on the past 3 Super Bowls combined. Super Bowl 51 pulled in $138.4 million, setting the record for most ever wagered on the big game. These figures represent the brick-and-mortar sportsbooks in Las Vegas. USA sportsbook sites have a Super Bowl haul of their own. Using the Vegas sportsbooks’ statistics is interesting and reflects which direction the average bettors are leaning towards. With the way things are going so far, Super Bowl 52 may set a new record. If the Patriots win, as they are expected to do, several sportsbooks will make a killing.

If the Patriots are favored to win by most oddsmakers, how would sportsbooks make money off them winning? Don’t most people bet on the favorite? The answer is yes. Having New England as the favorite in an NFL game is as common as seeing sand in the Nevada desert. The Pats are a tried and true team with a proven track record of winning on the league’s biggest stage. They are going for their sixth Super Bowl in the Brady-Belichick era and stand to become the second team to win back-to-back Super Bowls—the first of which, is the 2004/2005 New England Patriots.

When bets of this magnitude roll in, it can shake up the entire betting landscape. For example, the MGM dropped their point spread a full point in the wake of taking a multimillion dollar wager. When the majority of bets are placed on one team or placed on a specific spread, the sportsbook will usually make adjustments to cover their tracks. In the case of Super Bowl 52, sportsbooks are beginning to seriously entertain the possibility of the Eagles winning. This is why most places want the Patriots to win, so they can cash on in these outlandish bets.

If the New England Patriots win, the history books will forever include their dynasty. From a football betting perspective, the sportsbooks will have one of their highest paydays to date. It is projected to be a close game, which is evident of why the spread has narrowed, but there are still many bets to be placed. It is possible for the spread to shift again and for more bets to be placed in favor of Philadelphia. If the latter happens, don’t be surprised to see the sportsbooks hanging pro-Patriots banners from their rafters.