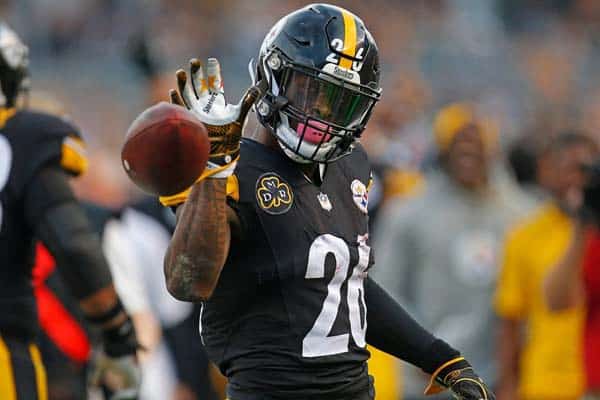 The biggest news story coming out of the National Football League (NFL) right now is the Le’Veon Bell situation. Bell did not report to the Steelers training camp by the league enforced deadline, therefore, he will not be playing in the NFL for the remainder of the 2018 season.

Bell was arguably the top running back in the 2017 NFL season and a centerpiece to the Pittsburg Steelers offense. This whole debacle stems from Bell claiming that the Steelers are trying to undercut his talent by offering him the franchise tag.

If Bell reported to the Steelers training camp and signed the franchise tag before the deadline, he could have secured his 14.5 million-dollar deal. Now it is likely that he will never play for the Steelers again.

After Bell failed to report his teammates wished him farewell by raiding his locker and posting videos about their swag score. Linebacker Bud Dupree thanked Bell for the two pairs of cleats he took from his locker. Players also noted that Bell left behind a CD entitled “Le’Veon Bell #1” and multiple suits.

Not only did Bell shake up fantasy football this year, but he also opened the door for his backup James Conner to showcase his talents. Conner has played so well that it would be hard for the Steelers organization to justify giving Bell more money than the already offered $15 million a year. In 9 games, Conner had accumulated over 1,000 yards and 11 touchdowns from scrimmage.

Fans betting on the Steelers will likely be fine with this outcome since Conner has been delivering results as Bell’s replacement, undoubtedly affecting the NFL betting odds for lines covering the Steelers.

Now that the holdout is over and Bell will not be playing this year in the NFL, it brings up the question of what is next for Le’Veon Bell. The Steelers are not expected to offer Bell a third franchise tag that would exceed $20 million but are more likely to let him enter free-agency and receive a compensatory draft pick for his departure.

Bell has been training and working on his conditioning during the holdout according to his social media posts. He will likely be shopping around and talking to teams during the offseason as he searches for the deal of his lifetime.

The Steelers got off to a rough start this season without Bell, but now the pieces seem to be falling into place as they head into week 11 with a 6-2-1 record and no Le’Veon Bell holdout situation.