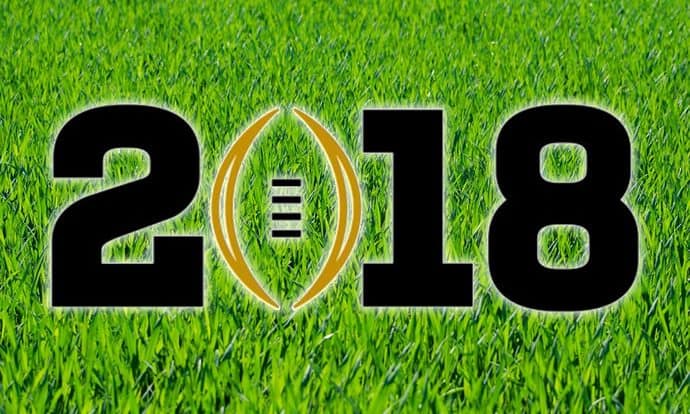 The 2017/18 NCAA football season is coming to an end, which means it is time for the bowl games. From December 16 to January 1, there will be 40 different bowl games for fans to bet on. While not all of these bowl games are considered bet-worthy, there is plenty of betting action to go around. You can find NCAA betting lines through USA sportsbook sites on all the major games. We’ll cover the biggest bowl games of the season to help you narrow your search.

The big games don’t begin until December 29, when USC takes on Ohio State in the Cotton Bowl. Ohio State finished the season at #5 after beating Wisconsin in the Big Ten Championship. They hoped the win would clinch them a spot in the CFP, but the Selection Committee felt that Alabama were the stronger team over the course of the whole season, so the Buckeyes were left out. They finished their season 11-2. The USC Trojans also went 11-2 and had wins over Stanford, Texas, Arizona and UCLA. They actually had 3 wins over Stanford—2 in the regular season and again in the PAC-12 Championship. Since the PAC-12 champions were left out, the Cotton Bowl should be an interesting matchup between 2 teams who felt they were undeservedly left out of the CFP semifinal.

The Orange Bowl will see Miami defend their home turf against Wisconsin. Both teams lost a shot at the CFP and will be playing for redemption. Miami were blown out by the defending champions in the ACC Championship and Wisconsin were unable to seal the deal against Ohio State in the Big Ten. Miami should be expected to win, but 2 disappointing losses in their last couple games may be the mental factor that throws them off their game.

UCF and Auburn will face off in the Peach Bowl—argubaly the best of the lesser bowl games. UCF has been perfect all season and won the American Athletic Conference in dramatic fashion with a 2OT win against Memphis. While making the CFP was hopeless for them given their conference, UCF has been undeniably strong throughout the season. Meanwhile, Auburn also had a great season with victories over Georgia and Alabama. However, the Tigers lost their chance at a title after getting beat by Georgia in the SEC Championship. Auburn will be the toughest game of UCF’s schedule, but the Golden Knights are this year’s Cinderella Story and have the momentum.

Finally, the 2 biggest bowl games—the Rose Bowl and Sugar Bowl. Georgia and Oklahoma will battle it out in the former and Clemson v. Alabama makes up the latter. The Sooners have been the most explosive offense all season long, though Georgia looked very good in their SEC Championship win over Auburn, especially defensively. Oklahoma’s Baker Mayfield may still win the Heisman, but he will have to help his team overcome the Bulldogs if they want a shot at the title.

The Sugar Bowl is a rematch of the last 2 championship games. Alabama sneaked in (in controversial fashion) at the last second when Ohio State won the Big Ten Championship. Their last game was a loss to Auburn, so they will be rusty, but Alabama has repeatedly shown why they are one of the best teams in the country. Clemson destroyed Miami in the ACC Championship and will be coming in hot. A win over Alabama would settle the score and put them in pole position to win it all for the second year in a row.

There are some exciting matchups in this season’s bowl games that promise to deliver intriguing betting action at the NCAA football betting sites. Most sportsbooks have Alabama favored to win it all, but if college football has taught us anything, it is to not rule out the underdogs.