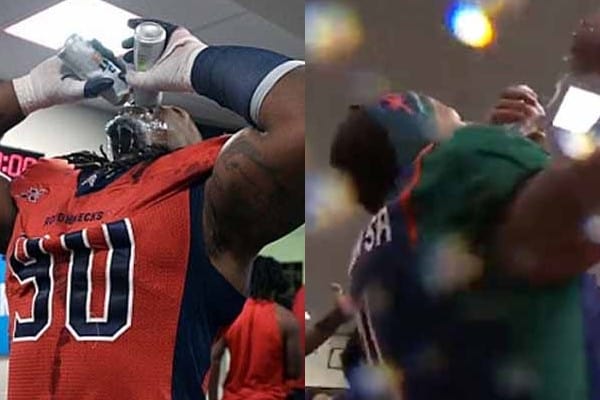 After three weeks of XFL football, the league appears to be settling in with viewers. Attendance at games has been promising, and television ratings, although slightly declining, appears to be stabilizing as the league finds its core audience.

Many wondered what could be on Vince McMahon’s mind when he announced that the XFL would return to action in 2020. Between the announcement and the launch of the league, ESPN produced a documentary titled, “This Was the XFL,” that answered many questions as to why Vinny Mac would dare venture into XFL territory again.

It turns out that the XFL was not as big of a failure that was first perceived. FOX and CBS lose millions per year for the right to air NFL games, much more than the losses experienced by the XFL in 2001. It seems that the XFL was run off of the air because of the poor taste presented in the broadcasts.

In many ways, the presentation of the XFL is intended to treat the viewing audience like grown-ups. When the league first debuted in 2001, the television product was aimed at a mature audience – as in rated R.

For the 2020 version of the XFL, the scantily clad cheerleaders and gimmick football rules have been left behind. The league still treats viewers like adults, but not in a way that makes regular people want to dive for the remote control and change the channel.

ESPN reports that XFL officials are embracing the spread. Betting lines are incorporated in the live scoreboard pasted to the television screen. Just next to the favorite team’s name, you can easily spot the point spread. The over/under is posted on the far-right side of the scoreboard.

Betting on football is not a crime and the XFL acknowledges that. The betting information isn’t just a stagnant piece of information pasted to a graphic. The commentators speak about it frequently and apply it to in-game occurrences.

Some could view this as a way of cheapening the league, but the information is unobtrusive and the odds that are being discussed are relevant. They treat the odds as what they are, and indicator of an expected performance level that two teams are expecting to execute at.

When a heavy favorite is down by several points, then a discussion on why the favored team is not performing up to expectations is pertinent. The over/under is a relevant discussion point if both teams are combining to perform above or below expectations.

Some may view including information for betting on the XFL as a cheap tactic to include sleazy elements. If that is the case, then critics have been silent so far. US betting laws may vary from state to state, but there are no laws on the books that prevent this type of information from being included in sports broadcasts.

Actors are not allowed to be shown drinking alcohol on television commercials, but somehow the XFL has gotten around airing the post-game celebratory seltzer chugging. It is a sponsorship, and it is showing alcohol intake on television.

Although this is a relatively harmless exercise in celebratory alcoholic intake amongst adults, it still packs an unsettling punch when it is first seen. Young people will see this and think it is ok. Is it?

Leave it to McMahon and the XFL to challenge the viewer and to produce the opportunity for talking points with your family and loved ones. After a brief intellectual analysis, the XFL is harmlessly testing the boundaries of decent television and could be paving the way for more advancements in the landscape of sports broadcasts and advertising.