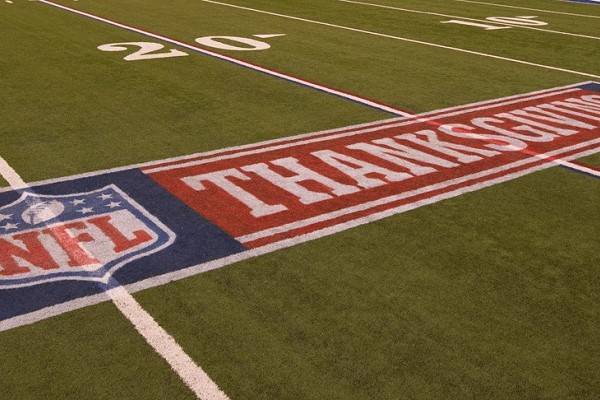 With Thanksgiving just around the corner and no Cowboys-Redskins game on the docket, the NFL might avert ginning up the same kind of virtue-signaling PR disaster that plagued Week 11, when Colin Kaepernick juked and pump-faked his way to Twitter glory at the league’s expense.

But naturally, and per long-standing tradition, the 6-5 Dallas Cowboys are playing on Thursday. And their game – at least in the context of what’s on the line for their postseason aspirations and those of their 8-3 Buffalo Bills opponent – should be the best matchup of the day.

The first game – you know, the one you’re going to miss as you toil in the kitchen for hours, preparing a six-course culinary smorgasbord for your ungrateful grandkids who just want hot dogs anyway – is an underwhelming one, as the 5-6 Chicago Bears visit the 3-7-1 Detroit Lions (12:30 pm, FOX).

After that four quarters of garbage time gets tossed in the trash alongside so many empty cans of cranberry sauce, the aforesaid Bills-Cowboys contest kicks off, preceding what was supposed to be Thanksgiving’s marquee NFL showdown between the New Orleans Saints and Atlanta Falcons. But the Saints are 9-2 atop the NFC South, while the Dirty Birds look more like week-old turkey leftovers, picked at and exposed with very little left on the bone.

Still, each team slated to play on the holiday brings a reasonably large fan base, and the ratings should be decent. More importantly, however, there’s some value in the betting lines offered by USA sportsbook sites, including a no-brainer underdog that should round out any bettor’s big Turkey Day parlay.

This contest opened at Bears +1.5, but most bettors leapt at that, and the odds have lengthened a bit. Neither team is in playoff contention, and Chicago isn’t even playing for a high draft pick, so bettors shouldn’t be surprised if the Lions lay an egg. While that’s a better pun for a different holiday, it’ll have to do, as will taking Chicago and the points (if you absolutely must).

This is easily the game of the day. With its 4:30 pm start time (CBS), you should have dinner all wrapped up and be ready for some quality time on the couch. The Bills are still in contention for the AFC East crown, but they’re almost assured a playoff spot via the wild card if they finish strong.

Meanwhile, the Cowboys – who are strongly considering firing their perpetually unimpressive head coach – are atop the NFC East, and they’ll need a strong finish if they’re going to keep their one-game advantage over the second-place Philadelphia Eagles.

Amazingly, the much better Bills – with their much better defense – are seven-point underdogs at most football betting sites. Their straight odds at +240 are also a good value, and whether you take them on the spread or on the moneyline, you should definitely take them – all the way to the bank.

New Orleans fell to the Falcons in a bizarre Week 10 aberration, losing 26-9, but Atlanta isn’t expected to sweep the season series against the much stronger Saints. However, bettors appear to be trepidatious in giving Nola too big of an edge here, albeit Drew Brees and company should cover easily.

That said, don’t risk too much on this one (8:20 pm, NBC). If the NFL and its officials conspire to fix the game against New Orleans again (which wouldn’t even be the first time this season), you might end up losing your lunch. And that’s no way to round out a Thanksgiving feast.