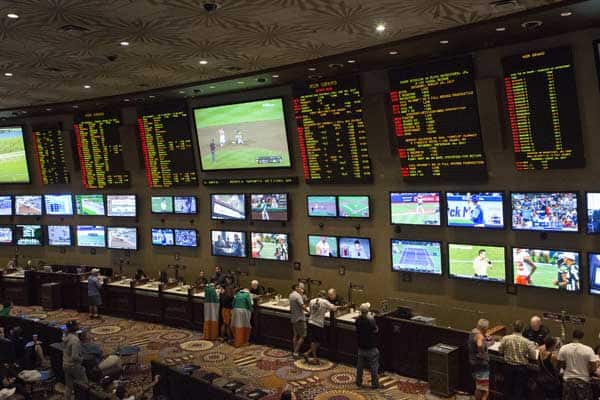 It’s been a great year to be a sportsbook in the United States of America.

The Supreme Court repealed the Professional and Amateur Sports Protection Act of 1992 (PASPA) one year ago on May 14, 2018, granting states the right to decide whether to legalize sports betting.

In total, eight states now offer legal sports betting and have since launched licensed and regulated sportsbooks in various forms, including brick-and-mortar, online, and via mobile apps.

According to a study performed by the American Gaming Association, sportsbooks in the USA took in $7.9 billion in total wagers since the repeal of PASPA.

A total of $3 billion came from sportsbooks located in new markets outside of Nevada and are a direct result of the Supreme Court’s landmark decision a year ago.

But what has allowed New Jersey to take in over five times the amount of bets placed at other states (not named Nevada)?

And the growing sports betting demographic has spoken loud and clear about what they want from a state-regulated market.

Online sportsbooks and mobile sports betting apps are what consumers want, and you need to look no further than New Jersey to see the evidence to support that conclusion.

New Jersey currently offers brick-and-mortar sportsbooks, but of the over $2.6 billion that’s been bet in the state over the past year, a staggering 81% of total wagers have come from online and mobile devices, which includes computers, smartphones, and tablets.

And states that have passed legislation in 2019 have taken note of New Jersey’s success with Indiana and Iowa enacting laws that include online and mobile sports betting and Tennessee passing a bill that allows only sports wagers to be placed over the Internet.

Additionally, US sportsbooks generated $55 million in new state tax revenue since May 2018. Only Nevada, Delaware, and New Jersey had legal sports betting available to consumers immediately following the PASPA repeal while the rest of the launched states have only been operational for the past 6-9 months.

Tax revenue from all sportsbooks in the US funds public education, infrastructure projects, or both, and this figure is expected to soar into the hundreds of millions of dollars over the next couple of years.

By the end of 2019, experts predict that as many as half of the states across the nation could pass sports betting legislation and launch licensed sportsbooks in either 2019 or 2020.

In other words: There’s never been a better time to be a bookie in America.