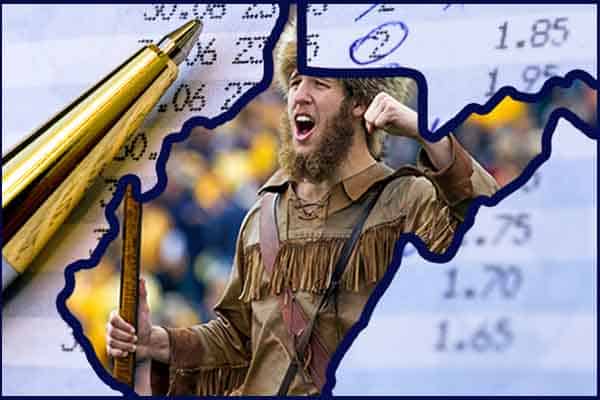 West Virginia will be the next US state to offer legal sports betting options to its residents. The West Virginia Lottery Commission, who is responsible for regulating the local market, successfully filed legislative rules for public comment with the Secretary of State’s Office. This makes sports betting official, much to the chagrin of the sports leagues and Governor Jim Justice.

Why would the governor be opposed to the current framework despite his constituents supporting it? It has to do with the major sports leagues. Back when sports betting was on the brink, lobbyists from the NBA and MLB went to West Virginia to pitch their vision of sports betting. This vision includes getting royalty fees and owning data that is paramount in determining betting outcomes, essentially putting the leagues in a more dominant position over the states running these betting operations.

West Virginia lawmakers were able to pass legislation without any of the sports leagues’ provisions, meaning they would be able to run their sports gambling market without having to pay the leagues or any sort of league interference. Governor Jim Justice never signed the original legislation, however, it still managed to pass despite his inaction. He reportedly didn’t sign it because he wanted to play ball with the sports leagues. This was proven when he urged WV lawmakers to reconsider their position on integrity fees with the leagues. Justice’s qualms with the legislation didn’t stop there. He and his staff attempted to strongarm the legislative process by adding in regulatory language at the last second to keep the WV Lottery Commission from meeting their deadline. For context, there was a deadline that if the sports betting rules weren’t filed, by WV sports betting would be pushed back to March 2019.

Why does Justice have an issue with the current framework? It could be a conflict of interest given his ownership of The Greenbrier, a popular PGA Tour location. It also plays home to spring training for the Houston Texans. It is possible that Justice has some type of deal worked out with the PGA Tour (another sports league in search of integrity fees) that would benefit him, however, the presence of integrity fees in the legislation was most likely an important component of any successful deal.

This type of corruption can also be traced to Bray Cary, the acting governor-on-deck. It is believed Cary also tried to go back and insert language into the bill that would stifle the launch of sports betting. Luckily Justice nor Cary was able to carry out their plans, meaning sports betting will indeed launch this September.

West Virginia set a precedent with their denial of the sports leagues. Hopefully, other states will follow suit and not pay out the leagues. While this undoubtedly pisses off the leagues, it is a victory for states’ rights.