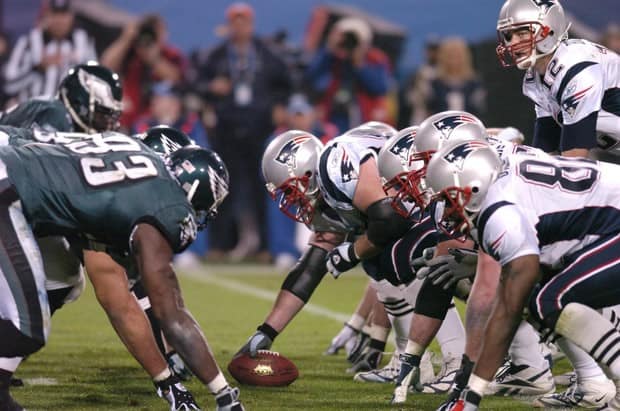 Super Bowl 52 is poised to be one of the more competitive Super Bowls in history. This is good for the fans because nobody likes a blowout (look at Super Bowl 48 when the Seattle Seahawks routed the Denver Broncos). It is also good for bettors because there are more chances to make money. For example, USA Super Bowl 52 sites will have more enticing prop bets for a competitive game because teams have a better chance of hitting these. What makes Super Bowl 52 so competitive? Well, it’s 1 of 3 times where both teams are ranked in the NFL top 5 both offensively and defensively.

The Philadelphia Eagles rank #3 in offense this year. QB Carson Wentz is a major contributing factor. In just his second year, Wentz amassed 3,296 passing yards and 33 touchdowns. His incredible season was cut short to injury, but he undoubtedly helped the Eagles achieve their 13-3 record. RB LeGarrette Blount, a former Patriot, capped the team’s rushing efforts with 766 yards and 2 touchdowns, though RB2 Jay Ajayi stepped into his role nicely after being acquired from the Miami Dolphins midseason. Interestingly enough, a tight end led all receivers. Zach Ertz 824 yards on 74 receptions. All in all, they have a well-rounded offense justified by their ranking. Only the Patriots and LA Rams sit ahead of them.

The New England Patriots #2 offense is led by QB Tom Brady, who at 40 years old, led all NFL quarterbacks with over 4,000 yards. RB Dion Lewis is the leading rusher with 896 yards and 6 touchdowns, though James White has scored the most postseason touchdowns. Just like the Eagles, their receivers were led by a tight end in Rob Gronkowski. Gronk had 1,084 yards and 8 touchdowns. New signing WR Brandin Cooks came in second and Danny Amendola followed behind.

On the defensive front, Philadelphia takes advantage with their #4 ranking over New England’s #5. Ahead of these 2 lies the Minnesota Vikings, Jacksonville Jaguars and LA Chargers. If you notice, the top 2 defensive teams were knocked out in the Conference Championships. That speaks to the credit of the offense. The Eagles also ranked #1 in rushing defense, which spells trouble for a Patriots team that has already looked flat on the run. Against the pass, they fall to #17, which is trouble when you have the #1 QB in the league.

It has been nearly 40 years since the Super Bowl was this competitive. The last 2 instances were in Super Bowl 4 (Chiefs and Vikings) and Super Bowl 8 (Steelers and Cowboys). Factor this in with their current rosters and rankings and you have an interesting football betting scenario. The best quarterback up against a solid defense with barely any room to run, the 2 best tight ends in the league, incredible coaches and staff, offenses that knocked off those ranked higher than them and that’s just scratching the surface of Super Bowl 52. Which top 5 team will win? One thing is certain, it will go down to the wire.