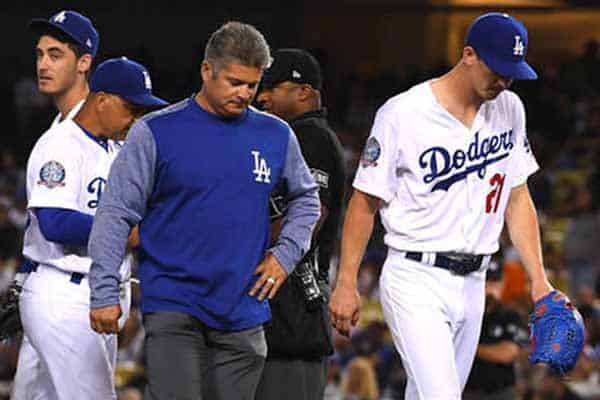 The Los Angeles Dodgers will host the Boston Red Sox in the 2018 World Series for at least Game 3 on Friday, Oct. 26 and Game 4 the next day. Game 5 will be played on Sunday, if necessary.

Tonight’s starting pitchers will be the following:

In additional, here is the Run Line, Money Line, and Runs O/U for the 2018 World Series Game 3 from Bovada*2(Link to Bovada Referal Page):

To avoid going falling to 0-3 in the series, the Dodgers will hand the ball to Rookie RHP Walker Buehler to try and shut down the Red Sox vaunted batting lineup.

Buehler had been phenomenal in his first full major league baseball season, posting a 2.62 ERA in 24 games but has struggled so far in the postseason with a 5.40 ERA in three starts.

Both teams will likely make some adjustments to their lineups, adding in more left-handed batters to take advantage of the right-hand pitchers.

Finally, here is how both teams have fared in 2018 as the underdog and the favorite for the Run Line to assist with baseball betting: