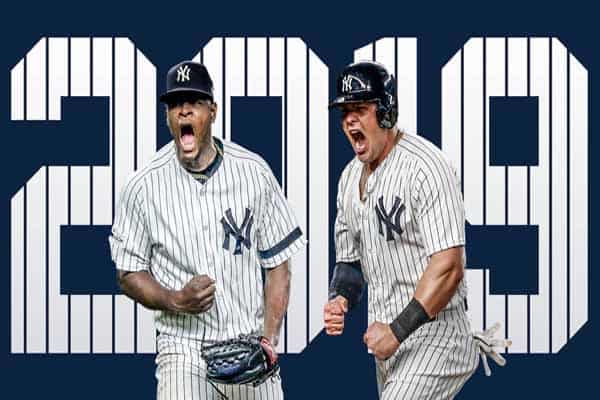 If the oddsmakers are right, then the Bronx Bombers will win their 28th title this year.

Prior to the first pitch being thrown on March 28, Opening Day of the 2019 Major League Baseball season, the sportsbooks made the New York Yankees the betting favorite to win the 2019 World Series.

The Yankees open the 2019 season at +550 ($100 bet wins $550). However, they are not favored by much: the defending World Series champion and AL East rival Boston Red Sox along with the 2017 champion Houston Astros come in tied for second best odds at +650.

The 2018 World Series runner up Los Angeles Dodgers take the fourth spot at +750 and the Philadelphia Phillies, who added five-tool All-Star Bryce Harper in the offseason, round out the top 5 at +950.

And if you like to bet on the longshot, then look no further than the Baltimore Orioles who are listed at +60000, which means a $100 wager would win $60,000 should the Orioles take home the title.

Before you bet on them, however, just know that wager has a 0.17% chance of paying out when converting the Orioles odds to an implied probability — so you’re saying there’s a chance?

Below you can find the Opening Day odds to win the 2019 World Series for each of the 30 MLB teams.