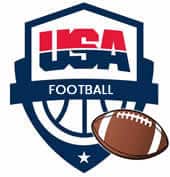 Super Bowl LIV at the Hard Rock Stadium in Miami Gardens, Florida in 2020 is set up to be the biggest USA football betting event in the United States history, and with a record $6 billion wagered on Super Bowl LIII this past season, according to the American Gaming Association, you can bet that this year's big game will eclipse that all-time mark with ease.

There will be more US-friendly NFL sportsbooks to bet on the big game than ever before thanks to the 2018 federal repeal of PASPA, the law preventing states from crafting sports betting legislation. In fact, eight states launched some form of sports betting last year, and several others are expected to follow suit throughout 2019 and into 2020.

While local options for the Super Bowl are slowly becoming available in a handful of states, the offshore online sportsbooks will still see the vast majority of this year’s handle, and the sites we recommend are the most trusted brands to professional NFL handicappers and each one continues to offer the best odds, prop bets, and betting lines you can find anywhere on the Super Bowl each and every year.

Most Trusted US Friendly Sportsbook
For Betting On Super Bowl 54 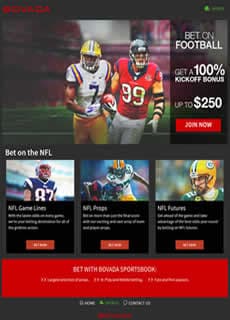 Super Bowl betting lines attract more US bettors than any other sports event that takes place all year. For those of you interested in wagering on the NFL's biggest championship game, we can recommend Bovada Sportsbook without hesitation. Owned and operated by the Bodog brand, Bovada is legally licensed and regulated, and is among the most trusted US friendly online sportsbooks in the business.

Bovada has a proven history of high quality service, attractive bonus offers and fast payouts. They feature a host of Super Bowl betting lines and wagering options, including a substantial range of prop bets. You will find mobile access to all of their lines, live betting options and a 50% welcome bonus worth up to $250 for betting on Super Bowl 53.

Is It Legal To Bet On The Super Bowl?

There are currently 2 major federal laws still in force applicable to sports wagering—the Federal Wire Act and the Unlawful Internet Gambling Enforcement Act (UIGEA). Neither of these USA sports betting laws mentions anything about offshore betting being illegal. Licensed offshore sportsbooks are also technically outside US government jurisdiction, hence the federal government is not able to impose their regulations or restrictions upon these sportsbook gambling sites.

Tom Brady and Bill Belichick of the New England Patriots won their record sixth Lombardi Trophy last season after winning Super Bowl LIII in a defensive slugfest 13-3 over the Los Angeles Rams. The Patriots entered the 2018-19 NFL season as the favorite and despite their odds dipping during the season, they managed to come out on top once again.

Now, our attention turns to the 2019-20 NFL season, and the Brady-Belichick bunch is back at the top of the board once again. The Patriots enter this upcoming season as favorites to win Super Bowl LIV, beating out the MVP Patrick Mahomes-led Kansas City Chiefs, who the Pats defeated last season on their way toward capturing another ring.

What's interesting is how all four teams from last season's championship games - Patriots, Chiefs, Saints, and Rams - make up the top four teams with the best chances to win Super Bowl 54, according to the oddsmakers. However, once you break past those four contenders, you get some surprising teams like the Bears, Browns, and the Eagles - who are all tied in the fifth spot. Below you can find the current Super Bowl LIV odds for all 32 teams as we into what's sure to be another action-packed NFL season. 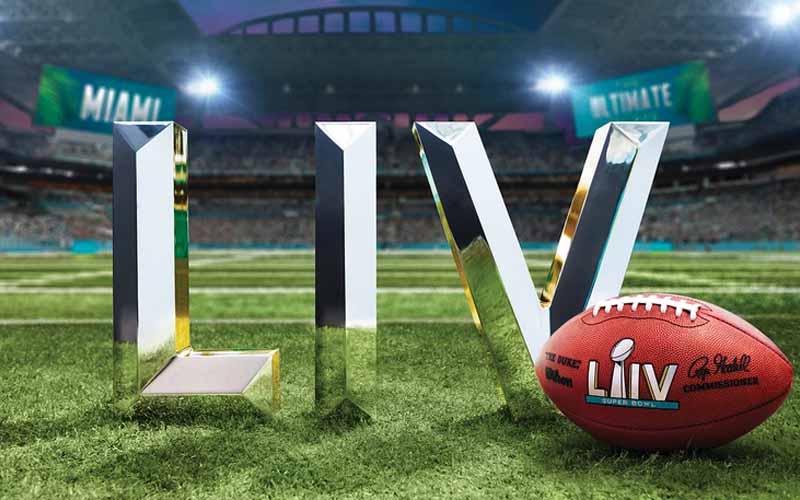 Hover and you will see all the details leading up to the 2020 Super Bowl in Miami. This section will be updated after the Conference Championship games have been played and the Super Bowl teams have been announced. 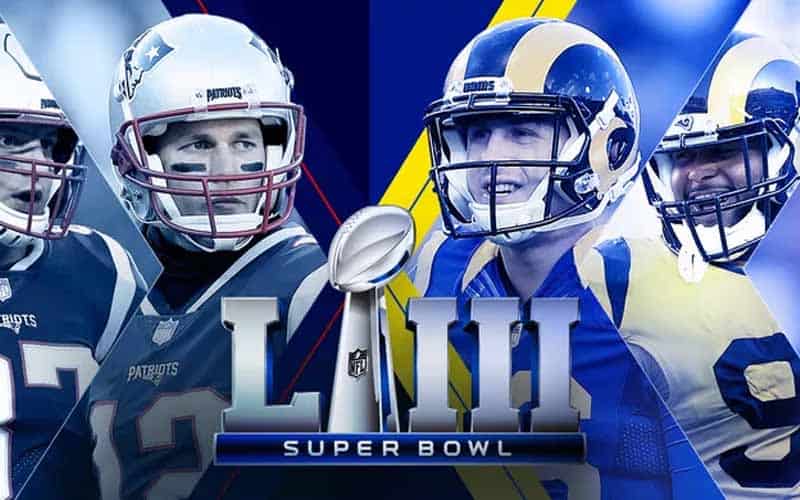 On the back you'll find a recap of all the most vital betting information from last year's Super Bowl 53, including the final score and Super Bowl MVP as well as the outcome from the betting line point spread, money line, and over/under wagers.

Future Sites for the Super Bowl