For many people in the northern hemisphere, betting on ice hockey is nearly as old as the sports, which was created in the late 1800s when Canadians decided to continue playing a sport using a stick and a ball, regardless of the weather – creating the game we know today.

Using skates, sticks, a puck, and two nets, ice hockey would eventually become the national sport of Canada, and in 1917, the National Hockey League (NHL) was formed.

The NHL became the highest level of hockey competition in the world and in the United States, the league became one of the four most popular professional sports leagues alongside the NFL, NBA, and MLB.

If you want to join the millions of people who bet on hockey annually, then betting online is the way to go. Each of the sports betting sites breakaway from the rest of the pack and are the most trusted in the online sportsbook industry.

BetOnline is our #1 pick for US-based gamblers looking to bet on NHL games. They are one of only a handful of sites that we deem to be reputable enough to include on our list of top online NHL sportsbooks. They accept members from all 50 states (except New Jersey) as well as all international gamblers. BetOnline.AG is also unrivaled when it comes to its production of Stanley Cup odds, futures, pro hockey props, and NHL Playoff betting lines for all postseason series games. 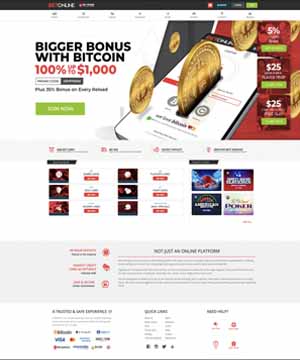 Is Betting on Hockey Games Legal in the USA?

Yes, it is legal for a U.S. resident to bet on hockey either from a certified offshore online sportsbook or through a state-regulated sportsbook destination.

After the repeal of PASPA in May 2018, states were given the authority to decide if they want to legalize domestic sports betting, and some have begun allowing sportsbooks to operate within state lines.

While there are many hockey leagues to bet on, betting on the NHL is far and away the most popular wagering option since it’s the highest level of hockey competition in the world. As a result, it gets far more betting options and is the easiest hockey league to research – a must for anyone wanting to successfully bet on hockey.

The “puck line” is essentially a point spread for hockey where a favorite must win by a certain amount of goals scored, and the underdog can’t lose by more goals than the line indicates or win the game outright.

The puck line, like points spreads, is set by sportsbooks to create an even betting line out of an unbalanced matchup between any two hockey teams.

The money line in hockey is a straight bet on which team will win the game. To balance this, sportsbooks set odds to determine how much needs to be wagered and how much can be won as a result.

Betting on the money line favorite will require more money to be wagered for smaller payouts. The more likely a hockey team is to win, the less the winning returns will be.

On the flip side, bets on the underdog require less money and receive a larger payout since this team is more likely to lose – yielding a larger-than-bet return for beating the odds.

A bet on the O/U line requires a wager to be placed above or below the predicted number of goals scored set by a sportsbook for any given hockey matchup.

Futures are bets made weeks or months prior to the outcome being known for a given hockey game, event, or result.

This is done to receive a larger payout due to the outcome being farther away, becoming more uncertain, and increasing the potential amount won as a result.

The most common bet in hockey is on the Stanley Cup winner, which is awarded to the NHL champion each season.

The NHL is made up of 31 professional hockey teams who are split into two conferences: Eastern and Western. Each team plays an 82-game regular season schedule and are awarded points based on the outcome of each game:

The 16 teams (top 8 from each conference) with the most points advance to the Stanley Cup Playoffs, which a No.1 to No.8 seed, double-sided bracket. Each round is a best-of-seven series where a team must win four games to advance.

The winners of the Eastern and Western Conference play in the Stanley Cup Finals to determine which team will lift Lord Stanley’s cup and be crowned NHL champion for the season.

Here are a few tips if you’re new to betting on hockey and should keep you from slipping on the ice when starting out.

A bet should never hinge on any single player when it comes to team sports, but goalies are the most valuable player to any hockey team.

The goalie matchup could singlehandedly lose a bet if you didn’t research them ahead of time. Some goalies are so good, they’ll go on streaks of allowing 0 or 1 goal for several games at a time.

Speaking of streaks, hockey teams go on them quite often and it’s pretty common to see a perceived middle-of-the-pack team win 2-3 games at the end of the regular season and make a deep run in the Stanley Cup Playoffs – likely because of the goalie performing better than expected.

Hockey is a physical sport and one that relies on intimidating your opponent. Because of this, teams tend to keep the news quiet when it comes to player injuries since this would give the opposing team an advantage.

However, long-time hockey analysts can tell when hockey players are hurt, so let them update you on injuries if the information isn’t made public.

Remember the hockey futures we covered above? Those lines aren’t the best for newer bettors since you want to build up a bankroll by making bets.

This is hard to do when too many bets won’t pay out for potentially months. Puck lines and money lines are posted for each game, meaning each game is an opportunity for profit.

When you're just starting out, keep bets as simple until you start to become familiar with hockey trends since betting on hockey or any sport is a learning experience.

This means to avoid things like parlays or props, or at least keep them simple, so you don’t suffer big setbacks. The key is taking small steps forward and smaller steps back when you do lose, which leads to making a profit from hockey betting – the most important goal you can score.