The game of basketball began at the collegiate level when Dr. James Naismith invented the sport and held the first match on Dec. 21, 1891 at a local YMCA in Springfield, Massachusetts. As college basketball became more and more popular, so did the interest in betting.

Today, NCAA basketball bring in a ton of wagers during the season, but when March Madness tips off, it becomes one of the most bet on sporting events in the country. Our goal is to assist your wager by passing you our top basketball betting sites, and with the help of our guide on odds and lines, we’ll increase the chance your bankroll will survive and advance this season.

Top NCAA Basketball Betting Site in the US 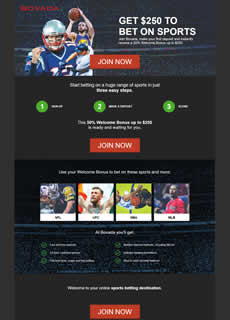 In 2011 Bodog launched Bovada as a North American & USA exclusive sportsbook brand. Almost 10 years later Bovada has become the most trusted sportsbook online and used by thousands on a daily basis. Bovada has become our #1 sportsbook based on their reputation, security protocols, customer service, and multiple deposit and withdrawal methods.

Bettors looking for NCAAB College Basketball betting lines should check out the Bovada sportsbook. Below you will see why we choose Bovada as our #1 sportsbook but if you sign-up you will soon see for yourself.

Great reputation for reliable service among many industry professionals

Is it legal to bet on college basketball games online in the US?

Yes, it is 100% legal to sign up and bet real money at any of our recommended licensed offshore betting sites, since there is no federal law that prohibits using one in the United States. After the PASPA repeal in May 2018, states have begun to legalize online sports betting within its jurisdiction but this rollout has been a slow process.

Where can I bet on NCAA Basketball in the United States?

A resident from anywhere in the United States (excluding Connecticut and Washington state) can legally bet on NCAA Division I basketball when using licensed offshore sportsbooks. In addition, state-licensed sportsbooks are popping up across the country, so click here to check on the current legal status of sports betting in your state.

It’s down to two teams after No.1 seed Virginia Cavaliers won a controversial thriller 63-62 over the No.5 Auburn Tigers in the first matchup, and in the second game, the No.3 Texas Tech Red Raiders smothered No.2 Michigan State Spartans before winning 61-51.

Now, Virginia and Texas Tech meet in the national championship game and the winner will cut down the nets and away with the 2019 NCAA Division I Men’s Basketball Championship. Expect to see a defensive struggle as both teams boast historically good defenses. Currently, Virginia is the slight favorite at -120 but after watching Texas Tech, who is +100 (EVEN) dismantle MSU while Virginia sneaked past Auburn, it’s safe to say this title game is about as close as you’re ever going to get to 50/50 — which means you’re better off flipping a coin to determine who you’ll bet on the game tips off.

No.3 Texas Tech Red Raiders vs. No. 1 Virginia Cavaliers

The NCAA Division I men’s basketball tournament tips off with the First Four play-in games on March 19-20 and will conclude with the Final Four on April 6 followed by the National Championship game on April 8. Below you’ll find the results from March Madness 2019, so you can see how well your picks performed after each round is completed. 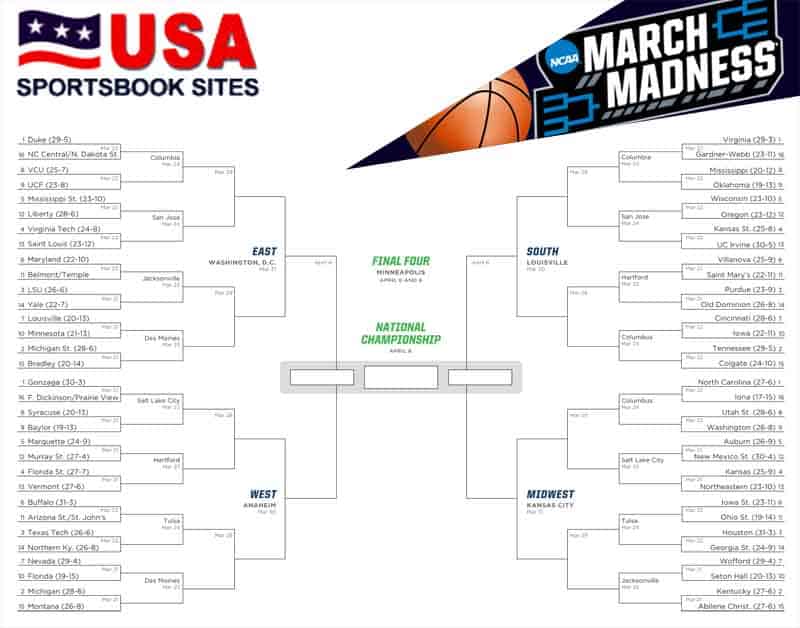 Here you’ll find the latest national championship odds for each of the remaining college basketball teams, which determines their chances of advancing to the next round in March Madness and ultimately, win the 2019 NCAA Men’s Basketball Tournament on Monday, April 8.

Analyzing the different types of bets you can make during the regular season and the NCAA Tournament can be a way to make additional returns on investment. Below are just some of the ways you can wager on college basketball throughout the course of an entire season.

Below is a complete list of the most important dates for the 2018-19 NCAA Division I Men’s Basketball season, including the schedule for March Madness, the Final Four, and the 2019 National Championship.